Dr. Tijen Demirel-Pegg: It is not only sectarianism but it is also tribalism that the region has to overcome 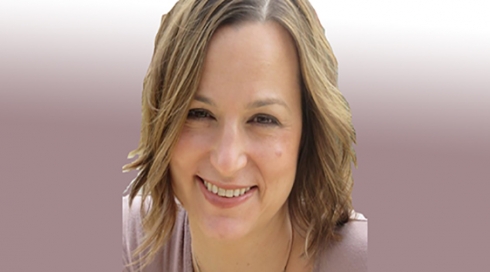 Dr. Tijen Demirel-Pegg is Assistant Professor of Political Science in Indiana University - Purdue University Indianapolis, she has PhD from Indiana University (Bloomington) 2011. Her Academic interests include; Conflict studies, political violence, protests, repression, and human rights, and she teaches: Introduction to International Studies, Analyzing Politics Introduction to International Relations, Human Rights, Middle Eastern Politics, and Political Violence. She is author of journal articles in Extractive Industries and Society, International Interactions, Journal or Peace Research, and Mobilization. In a written interview she answered our questions as the following:

Gulan: As you know the the Middle East is deeply mired in many difficult challenges and crises, especially the pervasiveness of political violence, so what are the root causes of this unfortunate situation?
Dr. Tijen Demirel-Pegg: To be honest, this question requires a very elaborate discussion on many short and long term factors. In terms of long-term factors, I think colonial legacy before World War I is definitely a factor. Colonial powers did not allow the development of a pluralist political infrastructure that allowed indigenous people to have a voice. They destroyed the political and economic infrastructure and created social divisions to serve their own interests. Once these countries gain their independence, the task of nation building became daunting. Especially those countries that do not have oil had a difficult time establishing stable political systems and used repressive or military measures to establish control. Those who have oil resisted any changes that would challenge the ruling elite’s access to oil, reinforcing the division between the elites and the rest. That’s the main reason why they became so repressive, which bread further violence.

Of course, the role of women, lack of education, and foreign involvement play major roles in frequent violent outbreaks as well.
Gulan: As you the peoples of this region have striven to have a better live and more effective governance, as we witnessed in the Arab Spring, but as we have seen the Arab Spring resulted in a deep frustration and further deterioration of the situation, but recently –especially in Sudan and Algeria- it looked like a second Arab Spring has erupted, your analysis in this regard?
Dr. Tijen Demirel-Pegg: While the departure of Bashir in Sudan in Bouteflika in Algeria are exciting for any prospects for democracy, the dominant role of the military is very concerning. In fact, some people worry that these military transitionary governments are nothing but extensions of the overthrown regimes. The situation in Sudan is still unclear because protests are still continuing, but I expect a military crackdown there if protests continue. Again, the pervasive dominance of the military resembles Egypt’s trajectory, and makes me think that a better governance is still not in the picture for both of these countries any time soon.
Gulan: It seems like any attempt for democratization in this region is doomed to failure, so how can this vicious circle me broken?
Dr. Tijen Demirel-Pegg: We need elections! Even if elections are not 100% or even if they are not done right, elections need to be held. This creates expectations and a pattern bit by bit, and the region can build on these over time. It will not happen overnight, but it will move the region forward. Nigeria is a good example of that. Things are not perfect by any means, but are better than 1999 years ago.
Gulan: To what extent sectarianism has fueled the political violence and chaos in this region and has been a stumbling block for adequately addressing the political conflicts?
Dr. Tijen Demirel-Pegg: It is not only sectarianism, but it is also tribalism that the region has to overcome. The problem is, when governments fail to provide good conditions for their citizens, people become more likely to be exploited on the basis of sub-national identities, including sectarianism or tribalism. For people to move beyond these identities, they need to have faith in their own governments.
Gulan: Many of the resource rich countries in this region are bedeviled by bad governance that leads to squandering the revenues generated form these resources, so can we say that the existence of these resources is a facilitating factor for the emergence of dysfunctional governance, and political instability?
Dr. Tijen Demirel-Pegg: No question. When rulers and people who work in sectors related to these resources benefit from the extreme benefits that these resources bring without investing in their own societies, they do not want to give up their access to these benefits. Also, without a taxation system, citizens cannot hold their governments accountable. So, those who have access to the resources resort to repression because they do not want people to challenge them, and those who are denied access to the benefits of these resources do not see a political venue to gain access to the system, and resort to violence.
Gulan: What can and should be done for creating effective and functional governance? What will be the well-designed and well-thought out strategy in this regard, that generate economic growth and political stability?
Dr. Tijen Demirel-Pegg: There is not a single strategy for the region because there are many differences for resource rich and resource poor countries. But, in general, I would argue that supporting small businesses, generating some economic opportunities for people beyond the government sector, investing in education, implementing taxation, and holding regular elections would be a good start.
Gulan: On the other hand Mr. Trump administration has revealed some aspects of its so called Deal of the century, and obviously it is heavily and overwhelmingly relies on economic reward –so to speak-, so to what extent this approach for conflict resolution and transformation will be effective and successful?

Dr. Tijen Demirel-Pegg: It will not. Without addressing the Palestinian’s concerns, any deal or suggestion they bring to the table will be discredited. The Trump administration has no credibility with the Palestinians and without trust and credibility, there is no prospect an effective conflict resolution.