Dr. Shikha Vyas-Doorgapersad Professor at Department of Public Management and Governance at University of Johannesburg to Gulan: in order to cut the corruption completely elected representa 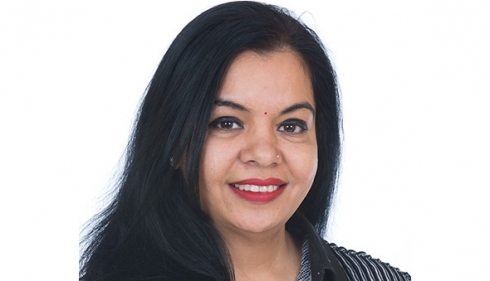 SHIKHA VYAS-DOORGAPERSAD is appointed as a Full Professor, Department of Public Management and Governance at University of Johannesburg, South Africa. Her previous lecturing experience includes International College for Girls (India); University of Zululand, and North-West University (South Africa). She holds degrees of M.A., M.Phil. and Ph.D. in Public Administration from the University of Rajasthan (India). Her research interests are in Public Policy, Gender Issues, and in Municipal Governance. She has presented research findings at international conferences in India, South Africa, Namibia, Abu Dhabi, Mauritius, Brazil, Indonesia, Uganda, Botswana, Canada and Japan, and virtually in Greece and Italy. She has authored books (University Book House, Jain Prakhan Mandir [Publishers in India]), Editor of books (Taylor and Francis, Routledge [Publishers in New York]); contributed chapters in books, have published more than forty-five articles in national and international accredited and peer-reviewed journals. She serves as a Guest Editor, Associate Editor, and reviewer to South African and international journals including Journal of Public Affairs, USA; International Journal of Interdisciplinary Social Sciences, Australia; International Journal of Environmental, Cultural, Economic and Social Sustainability, Australia; and South African journals viz. Journal for Trans-disciplinary Research in Southern Africa; Journal of Public Administration; Politeia; Administratio Publica; Agenda; New Contree; and Town and Regional Planning. She is a member of international associations such as Africa Institute of South Africa; South African Association for Public Administration and Management; Association of Southern African Schools and Departments of Public Administration and Management; Indian Institute of Public Administration; Indian Society for Training and Development; The Centre for Administrative Change, and Public Relations Society of India. She has supervised 18 Master dissertations and promoted three doctorates. She serves as External Moderator/Examiner for MA and Ph.D. for several universities in South Africa. She is also a facilitator of short-courses aimed to train municipal employees. She was awarded Certificate of Appreciation by the Central Admission Committee, University of Rajasthan, India; recipient of Institutional Teaching Excellence Award (ITEA) 2009 at the North-West University (Vaal Triangle Campus [VTC]; recipient of Institutional Research Excellence Award for the years 2009, 2010, 2011, 2012, 2013 at the North-West University [VTC]; awarded as one of the top 20% performers for the years 2008, 2009, 2011, 2012 at the North-West University. In an interview she answered our questions as the following:

Gulan: In your opinion what are the fundamental obstacles that facing the endeavor of creating good governance in South Africa?
- Prof Shikha Vyas-Doorgapersad : The main obstacle is the political corruption resulting in the misuse of power, position and authority. This scenario is complemented with the private use of public resources by public servants, favouratism and nepotism in bureaucratic appointments, to highlight a few. All these unethical elements hamper the institutionalisation of good governance not only in South Africa, but in any country where there is a lack of political transparency, weak judicial system, and high levels of bureaucracy.

Gulan: But why South Africa has not been able to adequate address these obstacles?
- Prof Shikha Vyas-Doorgapersad. Actually, in general terms, two levels of obstacles can be identified; the one exist at a personal level that include: the personal greed, and the lack of personal values where there is always a desire to have more power, authority, resources, money, privileges and a comfortable lifestyle. These desires force unethical-minded people to manifest their intentions through bribery, financial misconduct, or use other sources that are professionally unacceptable. And the second level is professional, where there is a lack of compliance to observe code of conduct. Though there are anti-corruption measures in place, but the inadequate monitoring and evaluation of such measures can sour the problem in a long-term. This is to some extent happening in South Africa where the country is facing a lack of political will to curb corruption. There are a lot of politicians – who are already exposed by media- that have been involved in some form of corruption and maladministration, but the process to investigate is lengthy and there could be a so-called “collective support” for brotherhood in corruption so no one wants to expose other as it will be an exposure to own self.
Gulan: It is obvious from your responses that fighting corruption is inextricably intertwined with good governance, is that correct?
- Prof Shikha Vyas-Doorgapersad. Yes, obviously in order to cut the corruption completely, our elected representatives need to transform their thought-patterns, and instead of just focusing on personal agenda, they need to start thinking about collective agenda: regarding serving people, and benefiting people with acceptable standards of service delivery. The good governance requires using the power to benefit those people who have entrusted their trust in their chosen representatives and not about misusing power to benefit the few who are favourites.

Gulan: To what extent the failure in fighting corruption has damaged the trust between the government and its citizens?
- Prof Shikha Vyas-Doorgapersad. The national election statistics of 2019 has already shown a paradigm shift in peoples’ loyalty towards their preferred political party(ies). This diversion of thoughts is evidence that the ‘criteria of trust’ is questionable. In the past the only criteria was the “historical-emotional attachment” that was connecting people to the ideology of their preferred political party. Now the public opinions have matured with time and the educated youth have beginning to resonate themselves with different ideologies that incorporate issues of employment, gender equality, economic sustainability, to emphasize a few. When (a) political party does not deliver these timely-evolved concerns, then the trust gets weakened. It can be added that it is not the trust that is getting lost, but also the peoples’ hard-earning money is getting misused to the several commissions of enquiries established to investigate corruption. Soon people will begin to lose patience as the outcomes of these commissions of enquiries have no certainty of time-line to reach at conclusions.

Gulan: Establishing and upholding the rule of law is one of the key components of good governance, so to what extent South Africa has been able to take serious steps in this regard?
- Prof Shikha Vyas-Doorgapersad. Actually measures are there in terms of instituting anti-corruption hotline, and commissions of enquiries are established. The media is playing a significant role in exposing the corrupt behaviour, and acts of people involved in any form of misconduct. High profile, prolific, and elite people are now facing charges, so there are judicial/ legal platforms to correct the unethical deeds with justifiable consequences. However these measures require effective monitoring and evaluation, media needs to be involved and public need to be vigilant as well.

Gulan: In your opinion what should and could be done for rectifying this situation?
- Prof Shikha Vyas-Doorgapersad. Actually this requires a collective effort, people need to raise voices for their rights, media needs to expose the wrongs, and judiciary needs to embrace a “non-negotiable attitude” towards ensuring the effective implementation of the rule of law. And obviously at the institutional level corrective measures and compliance must be in place.

Gulan: Is there any country that has been successful in implementing good enough governance?
- Prof Shikha Vyas-Doorgapersad. On the corruption index, there are countries that are in a better situation for meeting the criteria of good governance or good enough governance, such as Denmark and New Zealand who are the least corrupt countries in the world. But corruption exists everywhere, in a miso, micro or macro form, hence no country can be considered as a “completely clean” and free from corruption.

Gulan: But with regard to Africa, scholars frequently refer to Botswana as a successful example in taking tangible steps for fighting corruption and establishing good governance, what are the factors of the success of that country in your opinion?
- Prof Shikha Vyas-Doorgapersad. Botswana is not high in corruption in comparison to other African countries; the reasons could be that the country has a strong political leadership, and effective judiciary to deal with the matters of maladministration. I think what Botswana is doing is practicing good enough governance, by establishing anti-corruption agencies, and instituting monitoring and evaluation to assess the effectiveness of these agencies.
Gulan: Some resource rich countries are suffering from what is called "resource curse" what are the factors that have led to this unfortunate situation?
- Prof Shikha Vyas-Doorgapersad. It has to do with the leadership of the country, for example look what is happening in Zimbabwe, that is rich in resources but actually have not been able to utilize their localized resources for economic growth. Also the inadequate and inefficient implementation of relevant public policies may add economic restriction to a country. So the political leadership and bureaucratic policy execution, sometimes, complement each other causing [un]intended consequences.

Gulan: It seems like most of the resource rich countries are bedeviled by bad governance that leads to squandering the revenues generated form these resources, so can we say that the existence of these resources is a facilitating factor for the emergence of dysfunctional governance?
- Prof Shikha Vyas-Doorgapersad. Not [always] necessarily. Look at this situation from a different angle. The existence of resources is good as it sustains the economic viability of a country, but not knowing as how to use these available resources, can be considered as a challenge. The relevant personnel, policymakers, leaders and citizens, all collectively require awareness, knowledge and understanding to use the existing resources for economically functional governance