WHO representative to Iraq 'extremely satisfied' with KRG response to pandemic 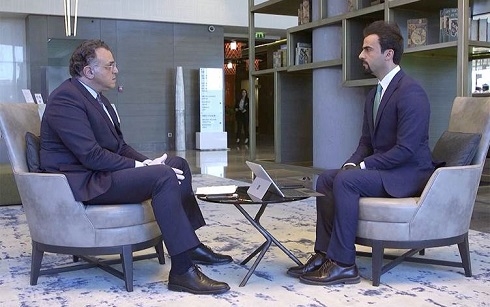 ERBIL, Kurdistan Region — The World Health Organization (WHO) has commended the Kurdistan Regional Government (KRG) and the federal government of Iraq on their response to the coronavirus pandemic.

“As the World Health Organization, we are satisfied with measures the KRG has taken. Not just here, the federal government has also taken unprecedented measures,” said Dr. Adham Rashad, WHO representative to Iraq, in an interview with Rudaw’s Dr. Aras Bradosty.

Rashad placed an emphasis on the “unprecedented death tally in the region,” which he says is at 1%.

When asked why the Kurdistan Region and Iraq has seemingly had a much lower number of virus cases than neighbouring countries like Iran and Turkey, Rashad questioned the premise of people’s surprise at a Middle Eastern country controlling the virus better than Western ones.

“Can we not once take measures that perform much better than the European countries, the US, and neighboring countries?” he asked.

“Those countries that heavily relied on their health system, and downplayed the virus saying they could defeat it, and therefore did not take serious measures to avoid the negative impacts,” stated Rashad.

“On the other hand, those who were afraid of the virus, believing their health system could not bear a high level of infections, including Iraq, took strong self-protection measures and precautions to block the spread of the virus,” claimed the WHO representative.