Kurdistan Region airports could safely be reopened with virus mitigation measures: WHO official 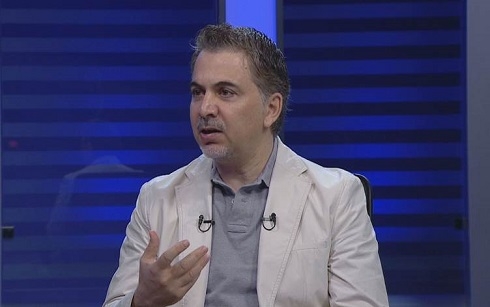 ERBIL, Kurdistan Region – Airports in the Kurdistan Region could safely be reopened to commercial flights as long as mandatory quarantine for arrivals and other measures to prevent the spread of coronavirus are enforced, a WHO Iraq official has said.

Iraq's federal government has closed all Iraqi airports to commercial passenger flights until May 22. But with transport including aviation restrictions being eased globally, a reopening of the Kurdistan Region's airports to the public - a decision that ultimately lies with Baghdad - could feasibly mark another step towards a pre-virus status quo, Wael Hatahet, Emergency Team Lead at the World Health Organization (WHO) Iraq told Rudaw English on Friday.

The easing of measures must be performed with caution, Hatehet said, as Baghdad, Iraq's capital and biggest city has seen a spike in COVID-19 cases. The country recorded 119 cases in a single day on Wednesday, the highest daily total in weeks. Iraq including the Kurdistan Region has so far recorded over 3,100 COVID-19 cases and 115 deaths.

Hatahet also spoke about the reasons for the spike in cases in Baghdad, and the work WHO is doing to protect one of Iraq's most vulnerable sections of society - the approximately 1.5 million internally displaced persons (IDPs) living in difficult conditions across the country.

This interview has been edited for brevity and clarity.

What do you attribute the flare-up in COVID-19 cases in Baghdad to and the new case in Sulaimani?

This is one of the questions that many of us have on our minds. First, let’s talk about the situation in Baghdad. We have to keep in mind that prior to this 20-30 percent flare-up, we had a steady number of cases. Then, all of a sudden, we had increased capacity in terms of testing. That contributed slightly to the increase [of cases].

However, we are aware that not all people have been adhering strictly to the lockdown or social distancing. This is one thing that we are extremely concerned about, because you have to keep in mind that this virus can move from one person to another very quickly. Without using the proper measures, we would have lost control, but we didn’t. This is a good thing. I heard that His Excellency the Health Minister in Baghdad has announced that there will be strict quarantines in specific neighborhoods in Baghdad, which hopely can contain this flare-up.

Regarding the situation in Sulaimani, I think it is a bit less clear that we have a quiet in reporting for a long period of time, and then have a new case come up with no travel history or contact tracing. This is something that we need to investigate. There could be different scenarios revolving around the fact that the virus has varied in incubation period, which is sometimes up to 15 days and sometimes exceeds that. This might explain why the person got the disease at a later stage, but may it also show that we have not been very active because - they have been doing a great and excellent job in Sulaimani by tracing the contacts - sometime you will lose one or two these contacts and then they will pass the disease on to someone else. The case has to be further investigated.

Do you think there are more cases in the Kurdistan Region than have been identified?

Well, there is always the risk of having more cases that are silent. You have to keep in mind that most of the cases have no symptoms. They may have COVID-19 and be sitting at home without considering themselves as positive cases. This is one of the issues with the disease. A huge number of the cases are silent. This makes it easier for the people to contract the disease without knowing it.

The KRG has to some extent curbed the spread of the virus, but this is not the case for Iraq. Why? Are the people or the government of Iraq to be blamed for this?

This is not about blame. You have to keep in mind that Baghdad is huge and the capacity to test is not sufficient for a city the size of Baghdad.

Just Baghdad, or all of Iraq?

Baghdad is a unique example. The disease usually spreads more in urban areas than in the countryside. So, it is not easy to test, isolate, and trace all the contacts in Baghdad. It is always harder, and you have to see that places like New York are big and badly-hit by the virus because of the size of the city’s population.

This does not mean that what has been done in Kurdistan was an accident. Its health ministry has done an excellent job by tracing the contacts, and the surveillance.

So is the difference down to population size?

Mainly the population, and again you have to keep in mind that in addition to the ministry of health’s other burdens, it is hard to reach all people [to convey your] message. They [the Iraqi government] have been talking about things like social distancing and how to protect yourself. It is hard to reach every single person. This is why we have a gap, and many cases [in places] such as in Basra and Baghdad.

Do you think that the KRG and Iraqi government did the right thing by easing the lockdown when they did?

This is not something that can only be looked at from a health point of view. There are so many factors [to consider] when making a decision about such a lockdown. There is the health aspect, but there is also the economic, education, security and so many other factors. Usually any government will dig into all these factors and try to make the best analysis and decision. This is not only in the Kurdistan Region and Iraq but all around the world … What would be important is how to adjust ourselves - as individuals, governments and entities - to deal with the reality on the ground.

The Iraqi government has announced a complete lockdown for Eid, but the KRG has said that it will only ban inter-province traffic. Do you recommend a full lockdown over Eid in the Kurdistan Region?

It is based on how the situation is evolving in the next few days. The government will be able to decide how Eid will be managed.

What particular provisions are being made for people in IDP and refugee camps in Iraq, including the Kurdistan Region?

WHO, in general, is working on so many parts. Prior to the crisis, we were aware of the quick spread of the disease. So, we launched a mass educational campaign across Iraq and with focus on the KRI [Kurdistan Region of Iraq]. That was with leaflets, flies, and news to educate people how to protect themselves. Secondly, we trained 300 health staff on how to deal with COVID-19 and how to detect cases. Thirdly, we started procuring items to support the ministry of health.

Sanitizers can be bought locally. The main thing that we were looking for … we tried to procure IPC [Infection Prevention and Control] materials, namely masks and gloves that support [protection from the virus]. They are not distributed to the IDP camps but the [KRG] ministry of health. We do not deal with the IDP camps directly, because the ministry of health here and in Baghdad know their own needs.

Do the deliveries end up in the IDP and refugee camps?

It depends on their needs. For example, testing kits should not be at the camps but at the central health [facility].

When might be appropriate to reopen the Kurdish airports and border crossings? As you know the number of cases are on more of a rise in neighboring countries like Turkey than in the Kurdistan Region.

As long as we maintain mandatory quarantine [upon arrival], we should be okay [to reopen the airports and border crossings]. See like most countries, for example the Europe and the United States, even though they were badly hit by the COVID-19 flights maintained because you cannot stop the movement of people. But they have some measures: some mitigation measures like quarantine.

So, you are saying it is safe for the KRG to resume flights and reopen border crossing?

With mitigation measures like testing people before and after quarantine. These are measures we have to adhere to. But maybe airports are safer than border crossings because you can control their limit like how many passengers can be on board [flights].

Are there any particularly effective or ineffective measures that you've seen implemented to curb the spread of the virus in the Kurdistan Region?

I have seen lots of effective measures but the ineffective measure which I am a bit concerned about is, for example, wearing gloves in public. Because, once you wear gloves, you tend to touch everything, and you might touch yourself. That’s another risk. So gloves should not be worn in public. Gloves should be worn in facilities. But in public, you need to wash your hands with sanitizers … This is the right approach.

The other thing is that I was a bit surprised to see people wearing masks in their own vehicles. You know, this is your vehicle and it should be safe because you are driving the vehicle with your own family members [on board].

With additional reporting by Shahla Omar