Brantly Womack professor of foreign affairs at the University of Virginia to Gulan: China’s diplomatic alignments are in terms of partnerships rather than alliances 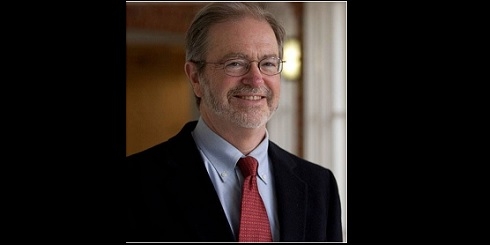 Brantly Womack holds the Miller Center’s C. K. Yen Chair and is professor of foreign affairs at the University of Virginia. He received his BA degree in politics and philosophy from the University of Dallas, and after a Fulbright in philosophy at the University of Munich, earned his PhD in political science from University of Chicago. He is the author of China Among Unequals: Asymmetric International Relationships in Asia (World Scientific Press 2010) and China and Vietnam: The Politics of Asymmetry (Cambridge 2006), as well as more than 100 articles and book chapters. He edited China’s Rise in Historical Perspective (Rowman and Littlefield 2010), the product of a lecture series at the Miller Center, and Contemporary Chinese Politics in Historical Perspective (Cambridge 1991). In 2011, Womack received the China Friendship Award for his work with Chinese universities. He holds honorary positions at Jilin University, East China Normal University, and Zhongshan (Sun Yat-Sen) University. In a written interview with our Magazine, He answered our questions regarding "Strategic Deal" between China and Iran, as the following:

Gulan: This deal has caused considerable controversies, how do you characterize it?

Professor Dr. Brantly Womack: The deal is within the framework of the “comprehensive strategic partnership” between Iran and China agreed upon during Party Secretary Xi Jinping’s visit to Tehran in January 2016. It is not a change of direction in the relationship, but rather a step forward. That said, it is a major new development in China’s global foreign policy. Hitherto China has been more hesitant to pursue policies that contravene American policy and invite American retaliation. While China is not building an alliance with Iran, it is challenging the long-standing U.S. policy of “comprehensive strategic hostility” toward Iran.

Gulan: In your opinion this agreement has been primarily driven by what?

Professor Dr. Brantly Womack: I don’t think the deal involves new motivation, but rather new boldness on China’s part. Iran wants to reduce its isolation managed by the U.S. China wants to secure energy access, to expand its infrastructure activities, and to develop the international role of the renminbi. These are basic, non-exclusive policy motivations.

Gulan: Obviously Iran is going through a tough time, especially under the devastating economic sanctions, so is China- by this deal-positioning itself as a great superpower and sending a message to USA? And what would be that message?

Professor Dr. Brantly Womack: The deal is primarily a bargain of mutual benefit between China and Iran rather than a message to the U.S. But going ahead with it implies that China is becoming less attentive to American preferences and sanctions. U.S. leverage on China has diminished.

Professor Dr. Brantly Womack: The deal reduces Iranian isolation and diplomatic uncertainty. Moreover, the denomination of oil contracts in renminbi may contribute to undermining the tool of financial sanctions that has been possible because of the domination of the USD as world oil currency.

Gulan: As you know Mr. Biden engaging in putting together a coalition for containing China or to put china in it is place, so can this deal be interpreted as an attempt by China to expand and extend its network alliances, therefore, are both sides engaging in cold war thinking?

Professor Dr. Brantly Womack: China’s diplomatic alignments are in terms of partnerships rather than alliances. Its first “strategic partnership” was with Brazil in 1995. While there is a rivalry between two global powers, and that reminds us of the cold war, the behavior of China and the general global situation are quite different.