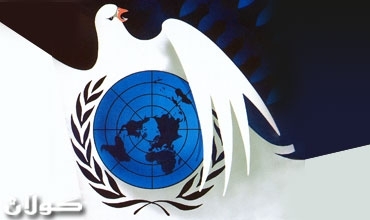 Peaceful solution in crisis geographic
It is important to notice the geography of the crisis when we think about conflict transformation, because every element in the crisis management formula might change but the geography. For example, if the Kurdistan Region, as a federal region remains with Baghdad in a federal unitary structure, or Kurdistan Region becomes an independent country, the geographical location of Kurdistan Region and Baghdad will remain the same. This geography might be a source of instability for the Region, but it can also be a factor for coexistence, economic progression and development for Iraq and the Kurdistan Region. The same fact applies to the neighbors of Kurdistan Region. This geography we have in common with them can be of joint interests and economic development within the overall regional economic development and for the security and stability of the region. From that perspective, if we look at the current geographical borders of the European Union, it is the same as some centuries ago. Therefore, in the last 90 years, the nations in this geography have considered the other as a threat to itself, leading to the eruption of two world wars and later the Cold War. But, distinctly, the current geography of European Union, from Greece to Portugal, consider themselves as the completion of each other and are ready for having common economy within this Union and not having a constitution of any 27 members against the EU constitution. The experience of EU tells us that it is possible that in the same geographical position the course of events change from violence and conflict to peace and friendly relations between nations. Noteworthy, the reorganization the composures in this geography in order to bring about peace, coordination and coexistence, is not easy task. Despite it requires changes in the thinking; it also needs to change the system in finding solutions for the problems. For example, in the early 1990s, when the Safe Haven was established for a part of Iraqi Kurdistan by the Western countries, all the neighboring and Arab countries considered that as an initial step for establishing the state of Kurdistan, which would then become a threat on the regional and international peace and security. The same thoughts do still persist. But in the last 20 years, the Kurdish leadership has been able to alter this perception. Rather, nowadays, the de-facto Kurdish state has been committed to the international standards of neighborhood and other international disciplines. Even, the president of Kurdistan Region is making hard efforts to prevent war and to launch peace initiatives that require two other clarifications:
1- In the late 1990s, President Barzani suggested the start of dialogue between the nations and groups of people leaving in the area so as the solution of the Kurdish issue changes from an impossible thing to a possible thing. This implies that President Barzani, since a long time ago, has come to the conclusion that not only formal negotiations between the Kurdish representatives of the parts of Kurdistan with their own state officials will lead to the solution, but rather the peaceful solution of the Kurdish issue lies in the mutual understanding of Kurds and other groups living in the same country. Thus, same as Arab-Kurdish dialogue which is continuing for several years, there should be also Turkish-Kurdish, Persian-Kurdish dialogue too. President Barzani's emphasize ratifies the fact that the Kurdish issue in Turkey between the state and the Kurdish people, and in Iraq and Iran, has been deepened to the grassroots level of the society, making it a military-sources solution understanding within the mass people. Therefore when they want to change the system of the solutions, they cannot underestimate or ignore these social segments.
2- In the last twenty years and until now, President Barzani has been able to form a new form of regional alliance, meaning the changing of alliance in solving the problems by military means to peaceful means. For instance, before the creation of Safe Haven, which led to the establishment of the government and parliament of Kurdistan Region, the regional alliance structure was built up on repressing the Kurdish issue. They assisted each other in suppression of this issue. In one way or another, this sort of alliance still exists. But with the creation of Kurdistan Region and thereafter the liberation of Iraq from dictatorship, there have been changes in such a manner that many scholars and observers are surprised by the rate of the changes, particularly in the Turkey-Kurdistan Region relations and in the initiatives of Kurdistan Region in solving the problems of Iraq. The recent visit of President Barzani to Turkey and Iran was an indication, that regional alliances can built up between the neighbors in the Middle East in order to solve the problems peacefully. These efforts didn't exist in the last century.
President Barzani's local efforts are also obviously marked and his skills in conflict management have been such successful that the state of emergency has not been declared even for an hour in such a volatile region, particularly when crises have always tried to become part of the life here. This has created a trust between the people of Kurdistan and President Barzani that people hail him as the true leader and believe in his skills to effectively and logically run the country during intensified political and security periods.