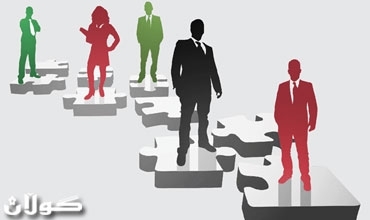 The Kurdistan Democratic Party (PDK) will have the least intervening in shaping the new cabinet and will give sufficient independency to Nichirvan Barzani to shape his cabinet. In order to make the government be responsive to critics, there should be sort of smoothness between people and government.
Two weeks ago; the Kurdish parliament assigned Mr. Nichirvan Barzani as Prime Minister and the Mr. Imad Ahmed as deputy to shape the government's 7th cabinet, they have been given time period from February 16th to March 16th to complete the structure of the cabinet so the Parliament will approve it. As we have mentioned in our previous reports and Mr. Nechirvan Barzani had mentioned in his message on his official page in Facebook that the 7th cabinet is the same program of Kurdistani list and will proceed the same program the 6th cabinet had worked by for the last two and half years. The discussions about the mechanism of 7th cabinet will go in parallel with discussing the implementation the program that everyone has it, so the aim in this change is regarding the mechanism of managing and implementing the program, not implementing a better or worse program, but testing a new mechanism for better implementing the program. The question in here is that; Kurdish people have built many wishes and hopes across this change while there will be no change in the program? The answer consists of some aspects that we can classify them as the following:
1- It is true that the head and deputy of the former cabinet were from the politburo of both KDP and PUK, but these two parties don't intervene directly in the works of their candidates and they give their candidates full independency, so if there is difference between managing the common program of KDP and PUK, it refers to the difference between the candidates. Although differences should exist; but also will be interpreted within the self and subjective framework.
2- Another point explains that both KDP and PUK have positive responses to the local and international changes, as the situation requires making changes, they are at the level of responsibility to take any serious decisions, which usually takes place according to the agreement between both sides, this shows that the strategic agreement is to a more extend in the interest of uniting and preserving the achievements on the local, Iraqi and regional levels, than to take their own interests into consideration. It is more to respond to the demands of the people than to monopoly the authority as some aspects are trying to show it.
3- The third point is the change of Prime Minister in person, in which Nichirvan Barzani has been assigned by both KDP and PUK to shape the new cabinet for a short period of time which many people think it is only 1 functional year, shows that despite proceeding the program of the former cabinet, the 7th cabinet has another responsibility which is to change the ruling infrastructure of Kurdistan region from a complicated and non-friendly one to a normal and friendly infrastructure. Certainly by normalizing and friendly we don't mean to ban the differences, or to have the opposition not criticizing anymore or to forget about its main aim which is to come to power, on controversy; normal and friendly means to accept differences and conflicts normally and to accept the results of the upcoming elections. Obviously to overcome the norm in which opposition is used to boycott the parliament during the elections of the head of parliament and assignments of new cabinets, and to have pre-evaluation on parliament and government, this norm is hopefully expected to be over for the upcoming parliament sessions. The general duty of government and Nichirvan Barzani in person is to work for moving on from this norm, and we can have so much hope in this point, because in the previous issue of GULAN magazine we asked Fazil Mirani, the head of KDP politburo, to what extend KDP politburo will have a role in the shaping of the new cabinet and nominating the ministers? he responded to GULAN magazine as: we as KDP will have the least intervening in this task and will give Nichirvan Barzani complete independency to form his cabinet. In general we cannot consider this speech of Mr. Mirani as the attitude of PUK also, but as the interview was after the meeting of KDP and PUK for assigning Nichirvan Barzani to lead the new cabinet, we can interpret it as PUK may have the same position and will not intervene in the tasks of Imad Ahmed, so Nichirvan Barzani and Imad Ahmed will both cooperate to form the new cabinet of the KRG so as to deliver the changes that Kurdish people are waiting for.

The PDK and the PUK are allies before the elections, not after.
Mostly instead of KDP and PUK we mention Kurdistani list, this is due to their participating in the elections together as allies and the majority of votes they have got is of both sides, none of them knows which of them has how much percentage of the votes they have together, so both KDP and PUK have participated in the election as one political party and they have a common program which is the program of Kurdistani list, so if there is difference in the number of parliament members they each have which is KDP is 30 and PUK is 29 is due to the odd number of the seats they have got which was 59 so they couldn't share it like 29.5 for each of them, so the 30 KDP members and 29 members of PUK doesn't show that KDP membership in the parliament is more, maybe if the arrangement of the members of Kurdistani list had been done in another manner the PUK membership could have been 30 and KDP's 29, the evidence for this as we see it was PUK's candidate, Dr. Barham Salih, who shaped the cabinet of the government. So 59 seats in parliament mentions the capacity of KDP and PUK both together as Kurdistani list, not 30 of KDP and 29 of PUK separately. The separation of them is not something right, that is why till the end of this session of parliament we should mention both KDP and PUK as Kurdistani list, and as we discuss the government we mean by program of Kurdistani list, not the alliance of KDP and PUK after the elections which may have came about for shaping the government, discussing this point is not to say that KDP and PUK as two political parties have no differences, but we would like to mention that KDP and PUK for the 2005 and 2009 elections participated as one political aspect and the principle of their participation was on equally sharing, not like one list between "Islamic Union, Islamic league, and Socialist political parties". That means agreement between these political was based on proportions for each of them, but KDP and PUK agreed on equally sharing everything. But this sharing doesn't mean equality in reality, the scale goes to the KDP or PUK's side will be disclosed in the next election. So till the next elections, as the former cabinet belonged to the Kurdistani list, the 7th cabinet will also belong to the Kurdistani list, either the prime minister is from KDP or PUK, it doesn't matter, the government stays as common to them.
As we discuss the program of Kurdistani list, we mean by an agreement before elections, not after elections, we interpret as a program of one aspect, so as a program of an aspect which has won in the elections, we interpret the program, criticize and also mention the positive aspects, but the main point is that the interpretation and critics will be toward Kurdistani list, not KDP and PUK individually.