Order out of Chaos in Kurdistan 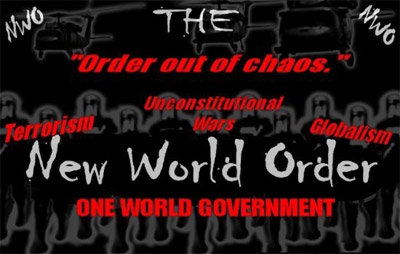 
The Current State of Chaos
No prolonging is necessary in trying to explain the chaotic state that Iraq and specifically Kurdistan have experienced since the fall of Saddam but a panoramic view would be of interest:

• The Genie came out of the box and decades of forced integration of different sects and communities in to that of Sunna Arabization was reverted;
• The Arabisation of the Kurdistani areas neighbouring the Arab-Iraq territories continued albeit with different methods;
• Every effort has been spent in preventing the reconciliation process that was stipulated in the constitution and avoided the conduct of a national census again to delay the implementation of article 140 despite its desperate need for planning in all sectors;
• Despite objections, Maliki formed the Dijla and other brigades and fully armed them and stockpiled the American arms both in Tikrit and Mosul;
• Soon after Baghdad realised that oil production from the newly explored Kurdistani wells started flowing that is in line with what is stipulated by the constitution, by a Maliki decree, Baghdad stopped paying Kurdistan its share of the budget;
• As pressure was increased on the Kurdistan Region, Kurdistan was cornered and pushed in to holding a referendum for the people of Kurdistan to decide if it is worth staying within Iraq;
• A short period before the Sunna revolt takes place, a large sum of cash in US Dollars was transferred to Mosul’s Bank;
• At a click of a finger, a radical Islamist group extended its activities from Syria in to Iraq and controlled Mosul and Tikrit together with all the armament and the cash that were stockpiled by the Iraqi government;
• Al-Baghdadi then announced the so called Islamic State (IS) and initially their armed forces started southwards as a revolt against Baghdad Administration;
• Kurdistan did everything to stay out of the Sunna-Shia arguments to avoid enlarging and extending the troubles beyond;
• Soon after IS forces reached the south boundaries of Southern Kurdistan, they turned their forces against Kurdistan and our brave Peshmarga forces were forced to engage;
• As a natural consequence of the troubles, over 1.4 million of Internally Displaced People (IDP) and refugees from the neighbouring countries found refuge in Kurdistan as the only safe and secure area;
• As there is hardly a Kurdistani family that has not been a refugee once in their lives, both the Kurdistani public and government opened their arms to the new comers as have been praised by the international community for their selflessness in caring for the IDPs and the refugees;
• While all this is a total responsibility of the federal government, they have kept their financial blockade on the KRG while the salaries of all the areas under IS control have continued to flow smoothly;
• In this process, over half of the displaced found settlements within the community and tens of large camps are being built deep inside Kurdistani territory to accommodate them;
• The in-community settlers have added immense pressure on every aspect of community life including health, education, housing and transportation and the large camps are gradually taking the shape of cities under a policy that is named as “Resilience” by the supporting agencies mounting to yet another swift demographic change in Kurdistan.

Observations
It is not so difficult to realise that all the sides that have always been unfriendly to the Kurdistani dream of self-governance are using the crisis in different ways, as a pressure on Kurdistan to forget about its will of independence. This is clear, as some of the constant supporters of Baghdad have declared their support to Iraqi unity at all costs (Ameen 2013) even though under the current circumstances, Kurdistan has openly announced its aim to remain within the boundaries of Iraq but with more control on its social and financial affairs as stipulated by the constitution. While this super influx of IDPs and refugees could have positive contributions to the area from economical and human capacity at different levels, the past and the current state that Kurdistani areas have been in, deserves a more careful assessment so that steps are taken to minimise their durable demographic and social impacts. In support of this argument, there are many Kurdistani areas that others question their social structure and some are fully arabized and even gone beyond questioning. Had Kurdistan been a country with its definite boundaries, all these arguments would have not been necessary. However, with the current state in place, the process of Arabization will cross the boundaries and flourish deep from the heart of Kurdistani land and the general public will even turn further away from the governing institutions. Under the terminology of “Resilience” which if translated into the common language, the external organisations with our help, will work on blending the IDP and refugee communities into the host community.

Order Out of Chaos
One of the excellent ways of success is the ability of turning failures into successes. That is learning from the chaotic states that we fall in and benefit from them for the good of ourselves, our community in general. This has been addressed scientifically as in dealing with any uncertain state of nature, any piece of information, irrespective of being positive or negative, can add value to the decision-making process. The international sanctions on Iran for example have made it more self-reliant. More importantly, with what is going on at an international level in the superpowers intensions on keeping the failed Sykes-Picot agreement alive (Ameen 2011) and the nuclear deal with Iran, Kurdistan is obliged to work seriously on putting its house in order and make sure that Kurdistan is not loosing the national and international public opinions as history has shown. Kurdistan need to show the rest of the world that they are able to establish order out of the chaotic state that the areas is living through.

The following are just a few points on these lines:

• Irrespective of who has ruled, Baghdad has resisted the conduct of a national census to avoid the implementation of the first step for national reconciliation as stipulated by the constitution with regards to the Kurdistani areas that were left to remain under the rule of the central government. Thanks to our brave true Peshmarga forces who ceased the opportunity and defended these areas by their precious blood not allowing the brutal ISIS to extend their hands to them and work on liberating other areas like Shingal, Jalawla. We need to make sure that our sacrifices are not wasted and Kurdistan remain the protector of the Kurdistani areas outside Kurdistan Region based on their public consensus as stipulated by the constitution;
• The financial blockade on Kurdistan was expected (Ameen 2012) and the current agreement is also temporary. It is essential that preparations are made to accommodate future blockades by working to keep the public support high through establishing an inclusive system of governance in line with what Acemoglu and Robinson (2012) have argued. We need to adopt a firm job description criteria top-down and dissolve all those unconstitutional;
• It is important that we adopt strategies for gaining the loyalty of our nationals by working to adopt the correct strategies and paving the way for the right capacities to conduct the right jobs;
• Separating religion from governance has been one of the main building blocks of civilised societies centuries ago. Revising our school curriculum to make it in line with our multi-cultural and multi-religious society is important and necessary;
• We need to work much harder on the international public opinion to make sure that yet again our cause does not fall into the trap of the same old rhetoric and mentalities;
• A unified voice on the main national issues has no alternative;
• Developing a collective approach on dealing with the issue of IDPs and the refugees to avoid their future impacts on the formation of our society without harming Kurdistan’s reputation in the international arena at this juncture of our history.