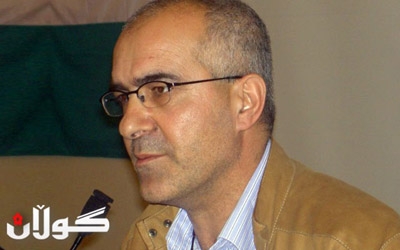 Summer 2014 was a dramatic moment in Iraq and Kurdistan Region’s (KR) most recent history. Almost everyone was taken by a surprise, a poignant reminder of eleven years of failed transition in Iraq.

Joe Biden, American Vice President, summarized the events with some precision, but painstakingly avoided to mention who was ultimately responsible for the tragic sufferings of thousands of people when he said “It is true that when ISIL swept into Ninewa last summer and took its capital, Mosul, we saw the collapse of the Iraqi army — we saw it melt away — the horrific slaughter of innocent civilians; and the enslavement of women; ethnic cleansing of minority groups, including Christians who had lived in Mosul for over a thousand years.”

That was another manifestation of a prolonged collapse of the transitional arrangements put in place since 2003. KR witnessed its first traumatic share of suffering since 1991 when thousands of civilians were on the move running away from ISIL’s brutality. At the same time the events exposed several issues between Kurdistan Regional Government (KRG) and the Federal Government of Iraq (FGI), chief among them were: power-sharing, revenue-sharing, disputed territories and security arrangements.

When the ISIL threat to Iraq and KR became an international news, the FGI continued to punish Kurdistan by withholding the Region’s budget despite the massive influx of internally displaced people to Kurdish towns and cities, adding further pressure on KRG and the population.

Even United States contributed to the KRG’s vulnerability in times of crisis and terrorist threats. Between 2003 and 2011 US support to rebuild Iraq’s security forces, including Pêshmerge forces, is a significant indication of the imbalance built into the transitional arrangements: US built 109 brigades in federal Iraq at a cost of more than $25 billion, while only eight brigades were built in Kurdistan at the cost of $92 million. The comparison is staggering if we look at the cost per brigade: US invested only $11.5 million at average in each Pêshmerge brigade, while equivalent federal Iraqi army brigades ended up with $229.3 million average each. As Michael Knights correctly concludes, “Today the eight U.S.-assisted Kurdish units are intact, whereas almost a quarter of the federal forces have disintegrated. Advocates of a closer military relationship between the U.S. government and the KRG can make a powerful case that security cooperation with Iraqi Kurdistan will provide far greater “bang for the buck” than similar operations in federal Iraq and may even translate into greater leverage over Baghdad in the future.” A rough calculation indicates that over $6 billion American tax-payers money are wasted on the collapsed Iraqi units. Until now unaccounted for advanced American weapon and ammunition given to the Iraqi army ended up in the hands of ISIL. They were later used against targets in Kurdistan Region, rest of Iraq and cities and towns in Syria, most notably Kobanê.

As far as KR is concerned, these are exacerbating challenges in the face of terrorist attacks, the collapse of trust in the process of re-building Iraq prior, during and after ISIL, as well as relevant issues to the KRG (such as the disputed territories, revenue-sharing, a meaningful and functioning power-sharing on the federal level).


In June 2005 a group of international advisors help the Kurdistan National Assembly to prepare a draft constitution for Kurdistan Region ahead of the negotiations for Iraq’s permanent constitution. It was a formative moment in the relationship between KRG and new Iraq. While the rest of Iraq had collapsed, KRG institutions were intact. KRG could have pressed for its own constitution well ahead of Iraq. At that historical moment, several issues would have been settled: KRG’s political system, borders, relationship with federal government and future options. Imagine if KR and its National Assembly had agreed what to delegate to the federal government rather than vice versa. Imagine that we had a clear agreement with the Coalition forces and the would-be federal government in terms of mechanisms to trigger if future governments in Iraq violate constitutional agreements with the KRG.

It is never late. And now is the great chance for KR to clarify unattainable arrangements with the FGI. No federal government in Iraq has fully delivered on the issue of disputed territories, expired at the end of 2007. KR can come up with a viable proposal that allows the Region to unilaterally implement Article 140. Nothing in Iraq’s constitution prevents KRG to put such a proposal forward and implemented when certain conditions are met.

KRG can also put a new solution on the table for Iraq to function as a state. We need to remember that Kurdish political parties worked for decades to convince Iraqi opposition forces, American administrations and neighboring countries to accept, and later, endorse federalism in Iraq. In the past thirteen years, federalism has worked only to a certain level. Shia parties who have discovered that they can play the majority game are less and less willing to implement the federal arrangement they agreed to between 2003 and 2005. A domestic and international challenge for KR is to push for a new agreement: a new confederal arrangement that will allow different regions in Iraq to live under different circumstance and develop their potentials differently. A confederal Iraq will work much better than a dysfunctional and centralized federation.

KRG has already, through practice, demonstrated that it can put such proposal on the table. Although the process has been long and costly, KRG’s oil strategy is a shining example. When ISIL took over huge Iraqi territories, KRG’s alternative oil pipelines helped Iraq to meet its international obligations by exporting oil from Kirkuk fields through KRG pipelines. KRG also reduced Iraq’s financial burdens by exporting its own oil to the international market while low oil prices wrecked Iraq’s budget.

In order for a confederal arrangement to work effectively, there must be a defined clear time line. For example, if Iraq does not meet its obligations within three, five or six years, KR will have the right of independence after carrying out a referendum. Montenegro (2006) and South Sudan (2011) declared independence after such a model. In both cases the dysfunctional federations recognized the new states. In both cases bloodshed were avoided. It is time more bloodshed is avoided in a dysfunctional Iraq.