The West’s Best Ally Against ISIS 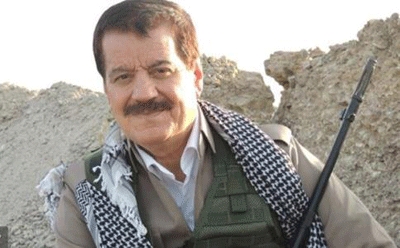 KIRKUK, Iraq — Whenever it can, the Islamic State strikes at the West through the attacks by terrorists inspired by its hateful ideology. The recent attacks in Paris and San Bernardino, Calif., are an all too painful reminder of the dangers of this despicable group.

For those of us in Kurdistan, the Islamic State is a daily reality we must confront. The pesh merga forces numbering more than 20,000 whom I have the honor of commanding look out from their trenches at an army of extremists bent on killing or enslaving all who oppose them.

The soldiers of the pesh merga come from diverse ethnic and religious backgrounds and have proved to be the most effective force in fighting the jihadists. Every day, pesh merga fighters die in combat against the Islamic State.

Unlike the little progress made by Iraq’s central government, we are making headway militarily. Last month, we undertook a major operation and recaptured the city of Sinjar, which was one of the main Yazidi cities in Kurdistan until it fell to the Islamic State in 2014. Complementing our sacrifices and the resolve of our leadership has been the air support of the United States.

Anyone familiar with the history of Iraq should not be surprised by its instability. The state was created by foreign powers by drawing arbitrary lines on a map after World War I, corralling diverse groups of peoples together without their consent.

During each successive Iraqi government, and reaching a peak during the regime of Saddam Hussein, the Kurds and other minorities in the north of this fictitious state were subjected to genocidal attacks and harsh oppression. Iraq’s colonial legacy and this later tyranny laid the foundations for the Kurds’ current desire for self-determination and independence, which we see as natural solutions to those problems.

The American-led invasion of 2003 offered us hope that a democratic regime might finally take root in Baghdad. Unfortunately, these hopes were dashed upon the rocks of sectarian violence and a faulty system of federalism.

Iraq was built on such a shaky foundation, however, that even the American hard work to keep it together has been in vain. Trying to build a nation out of the historical anomaly that is Iraq proved impossible.

The fiction of an Iraqi state was dramatically exposed in the summer of 2014 when the Islamic State overran western Iraq almost unopposed by the central government. The situation could have been worse; were it not for the timely intervention of Kurdish forces the city of Kirkuk, with its population of nearly a million and huge oil reserves, would also have fallen.

Every day that the Islamic State exists means more young men who grow up infected with its ideology of hatred and terrorism. American airstrikes have greatly helped my lightly armed soldiers in their quest to roll back the frontiers of the Islamic State, but more equipment is required.

Heavy arms and ammunition would help reduce casualties on our side and speed up the process of liberating the territories currently occupied by the jihadists. All the heavy weaponry that the United States sends to fight the Islamic State, however, is directed to the central government, which has failed to make significant progress despite the lavish aid that is provided to them at the expense of American taxpayers.

You need only go on YouTube to see the propaganda value that the Islamic State takes from capturing and destroying Baghdad’s American-made M-1 Abrams tanks. For a fraction of the investment, the United States could support a much surer ally in the Kurds.

But this problem cannot be solved with high explosives alone; we need political support, too.

The international market for Kurdish oil is largely closed for political reasons: American leaders have encouraged us to sell our oil through the central government, but while Baghdad has been happy to take the money from selling our oil, it has been less enthusiastic about passing it on to us. As a result, our government has not been able to pay its employees consistently for over a year. If we’d received the profits from the sale of our oil, we could have made greater gains against the Islamic State.

As we celebrate the victory in Sinjar, we must look forward to how we will achieve our next one together. We are eager to help, as part of a united international coalition, to expel the jihadists from areas that are not part of Kurdistan — though we do not want to occupy territory that is not traditionally part of Kurdistan. I fear that the world will continue to suffer tragedies like the San Bernardino attack until the Islamic State is decisively defeated.

The pesh merga fighters I command are not conscripts; they would rather die than surrender to the tyranny of the Islamic State. We are determined to liberate Kurdistan, every inch of it, and we will exercise our right to self-determination.

We have yet more volunteers ready to join the fight against the Islamic State — if only we had the resources to train and equip them. We cannot do it alone; we need the West’s help.

Kemal Kirkuki is a commander of the pesh merga forces on the northwest Kirkuk frontline, and a former speaker of the Kurdistan Regional Government’s Parliament.