Steve Jobs saved technology from itself 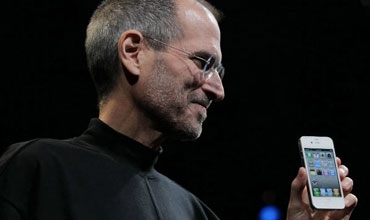 Editor's note: Chris Taylor is San Francisco bureau chief of Mashable, a popular tech news blog and a CNN.com content partner.
(CNN) -- Just imagine, for a moment, a world in which Steve Jobs had never lived. How might daily life be different?
Computers are still around, but not as you know them. They're complex, hateful things, mostly used in the office for spreadsheets and other business applications. Nobody bothered to sell a good-looking user interface with a desktop and mouse, because nobody could be sure there was a mass market for it.
Thousands of people use PCs at home, but they're mostly hobbyists and amateur programmers. If you want to have fun with electronics, you hook up a videogame console to your TV. The Internet still exists, but it never really had as much of a platform to take root on.
There's a thriving market in trading MP3s online, but all of it is illegal. The record labels never got their act together on selling digital copies of songs. MP3 players are large, clunky things with too many buttons. No movie studio makes really good computer-animated films. Smartphones are bulky bricks with thick keyboards. Touchscreen tablets exist -- as prototypes in a few computer labs.
Okay, so maybe things wouldn't have been quite that bad without Jobs. Perhaps Xerox PARC's management would have figured out it was sitting on a goldmine in its Graphical User Interface and early-model mouse. Microsoft might have come up with Windows without the example of the Macintosh. Maybe Steve Wozniak would have found another compadre to help him design, sell and market the Apple II, the PC that started it all.

But none of that seems very likely.
Many words have been written attempting to distill the magic of Steve Jobs. To my mind, it boils down to this: He saved technology from itself. He stopped it from being scary to a mass audience. He took the excitement and optimism that Silicon Valley already felt about computing, and never ceased to find new ways to communicate that to the world.
For all of his celebration of crazy revolutionaries who liked to "think different," Jobs was a champion of the mainstream. His business idols, he liked to say, were the Beatles. That wasn't just because the way their four personalities balanced each other was a good model for management. It was also because what they made was accessible -- and enjoyed by everyone on the planet.
I've written about my experiences interviewing Jobs for Time magazine here, but the first time I ever spoke to him was a prime example of his mainstream approach. This was shortly after his return to Apple, in an interview for a now-defunct supplement called Time Digital. After a handful questions, Jobs suddenly lost his temper. "I know hundreds of people who read Time Magazine," he fumed. "I don't know anyone who reads Time Digital." With that, the interview was over.
Thankfully, we had dozens of pleasant encounters after that. But I would always understand that he knew exactly who he was talking to, and that he was always laser-focused on reaching as wide a readership as he could. He gave great quotes -- quotes that didn't talk down to the reader, but rather let them peek behind the scenes at Apple. "The dirty little secret of the iTunes store is that there's no way to make money," he told me when it launched on the PC. "We do it because we're selling iPods."
iPods, iPhones, iPads -- Jobs had his product road map worked out way in advance, and it was all about getting supremely easy-to-use products into the hands of as many users as possible. Compromised, committee-designed devices, such as the ho-hum Motorola Rockr iTunes phone, only served as examples of what Apple shouldn't make.
So what now? Is there another visionary in the world with that kind of drive, ambition, focus and zeal? Plenty of pundits have said we'll never see the likes of Jobs again -- but I hope they're wrong, and I think Jobs would hope that too. Because who wants to see a world without the mid-21st century equivalent of the Macintosh, or the iPod, or Pixar?
If someone does pick up that baton and champion mainstream-friendly, fear-free technology, think where we'll go next.
You can share it :
Share to FacebookFacebook