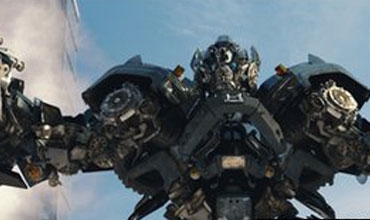 BT and TalkTalk will launch a fresh challenge against the controversial Digital Economy Act.

The companies have been granted permission to appeal against a High Court ruling that upheld most of the anti-piracy law.

Like many service providers, they believe that the law unfairly compels them to police users' behaviour.

The government has said it wants to protect the creative industries such as music and film making.

The Digital Economy Act had been subject to an ongoing legal challenge since it was passed during the wash up period before the last general election.

"Naturally, we are disappointed at this further delay. However, we respect the decision and are pleased that the appeal hearing will be fast tracked because, in the meantime, online piracy continues to wreak havoc on the legitimate market, threatening jobs and livelihoods," said Mr McVay.

Punishing pirates
Under the provisions of the Digital Economy Act, ISPs would be compelled to send out warning letters, at the behest of rights holders such as film and record companies, warning about illegal downloading.

The act also allows for sanctions, known as "technical measures", which could include disconnection.

However, the exact nature of technical measures and the circumstances under which they could be imposed are not explicitly laid out in the law.

Two of the UK's largest ISPs, BT and Talk Talk, have been leading the counter-attack against the law.

Together, they secured a judicial review, only to have most of their objections dismissed.

The only aspect of the companies' complaint to be upheld involved who covered the cost of checking rights holders' claims and sending out enforcement letters.

Website blocking
At the same time, political machinations around the Digital Economy Act have continued.

The Liberal Democrats voted, at their party conference in September, to repeal large parts of the legislation.

Julian Huppert MP, chairman of the party's Technology Policy Working Group said: "Tackling piracy is important, but it shouldn't be seen as an end in itself. It's more important to create conditions that reward innovation and talent, and ensure that creators get the benefits of their work.

"The Digital Economy Act fails to do that; worse, it sorely lacks a convincing evidence base and real democratic legitimacy."

The government has also dropped plans to block access to websites which host copyright infringing material, despite the act giving them powers to do so.

Instead, it is likely that rights holders will be encouraged to take action against ISPs themselves using different laws.

In July, BT was ordered to block the website Newzbin2 because it provided links to pirated films.

That case was brought under the Copyright, Designs and Patents Act, rather than the Digital Economy Act.
You can share it :
Share to FacebookFacebook