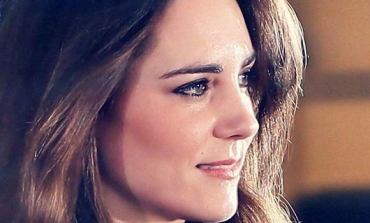 Just a few hours into 2012, now's the best time to have a look at the past year and crown our Top Beauty Icon. As it happens, we're in luck the people have already spoken: Duchess of Cambridge Kate Middleton is the most stylish and beautiful woman of 2011.

Superdrug commissioned a poll on 3,000 respondents to find out which of the women in the spotlight are considered more beautiful, stylish and worthy role models, the Daily Mail informs.
To little surprise, the distinction goes to Kate Middleton, who has seen an incredible rise in popularity ever since her fairytale wedding to Prince William this spring.

The Duchess is always impeccably dressed and styled and, even though her makeup (which she still does herself) may have been criticized in the past, she's considered the embodiment of beauty, grace and style.

It all runs in the family, the poll further reveals, since her sister Pippa Middleton is runner-up. On the third position, we find last year's number one, Cheryl Cole.

Pop star Rihanna and Holly Willoughby round up the top 5 on the fourth and fifth positions, respectively.

Since all top 5 beauty icons have more in common than how popular they are, Superdrug Director of Beauty Sara Wolverson concludes brunette women are perceived as more beautiful, as opposed to blondes.

“What is fascinating is that four of the five celebrity women to appear in the top five are brunettes, which would indicate that while blondes may have more fun, brunettes are seen to be more beautiful,” Wolverson says.

“Everyone in the list has a distinct look, whether it's natural beauty, full octane glamor or a love of beauty trend-hopping,” she adds.

However, it would seem that the Brits also favor artificial and not too subtle beauty as well.

“While the majority of ladies in the list are natural beauties, we also see the TOWIE effect with [reality star] Amy Childs appearing on the list for the first time with her Essex tan, hair extensions, and false nails,” Wolverson underlines.

Of course, all the women in the list have had a severe impact on sales of cosmetics, with women from all over the world trying to replicate their look.

Below is the full list and their ranking. Here's to a better and even prettier 2012!