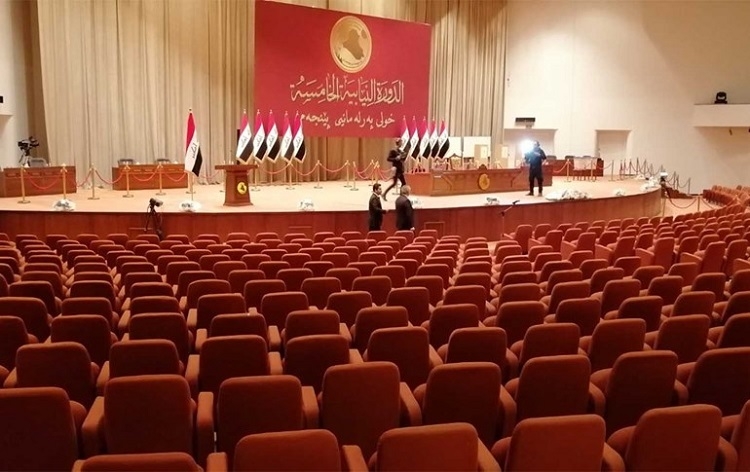 The new Iraqi parliament will hold its first session today, headed by the oldest deputy, Mahmoud al-Mashhadani, after early elections in the country on October 10, 2021.

Parliament is supposed to elect, in its first session, the Presidency of the Parliament, after its members have taken the constitutional oath, and within 30 days it should choose a new President of the Republic, who must designate a Prime Minister within 15 days from the date of his election.

On Thursday, the President of the Iraqi Republic, Barham Salih, had signed a republican decree to invite the new Parliament to convene on the ninth of this January.

Saleh signed the republican decree to invite the new House of Representatives to hold its first session on Sunday, hoping to "meet the national merit by forming a capable and effective government that protects the interests of the country and enhances sovereignty, protecting and serving the Iraqis," stressing that "this requires solidarity in order to achieve the required reform for a stable and prosperous Iraq."

On the tenth of last October, Iraq witnessed early parliamentary elections led by the Sadrist movement with 73 seats out of 329, while the Progress Alliance won 37 seats, the State of Law coalition won 33 seats, and the Kurdistan Democratic Party won 31 seats.