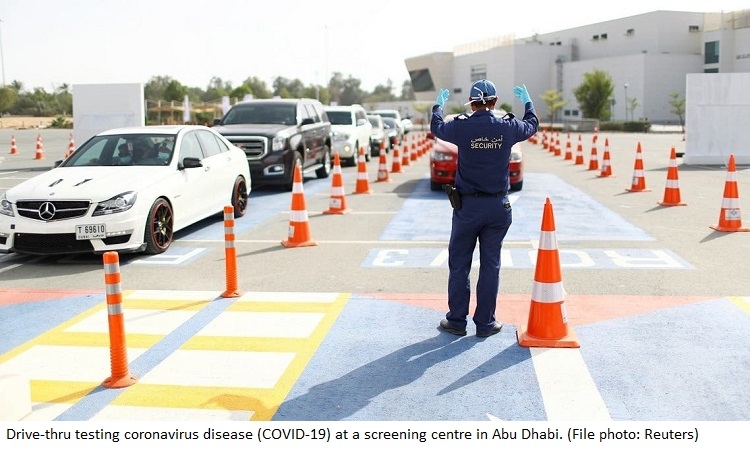 Facing a nationwide surge in coronavirus cases fueled by the spread of the highly transmissible omicron variant, Abu Dhabi is requiring people entering the city to show proof of booster shots.

The government’s health app said earlier this week that people entering the capital of the United Arab Emirates must show a “green pass,” confirming their vaccination status. The app says that visitors are no longer considered fully vaccinated unless they have received a booster at least six months after their second dose.

Those wishing to enter Abu Dhabi also must have have tested negative for the virus within the last two weeks to maintain their “green” status.

The emirate has taken a stricter approach to the virus than neighboring Dubai, the freewheeling tourism-dependent hub. Abu Dhabi requires that residents show their green pass before entering public places or government buildings.

The UAE boasts among the world’s highest vaccination rates per capita. The country has fully vaccinated more than 90% of its population, health authorities have said. Although infections had plummeted in December, cases recently have skyrocketed to heights unseen in months.