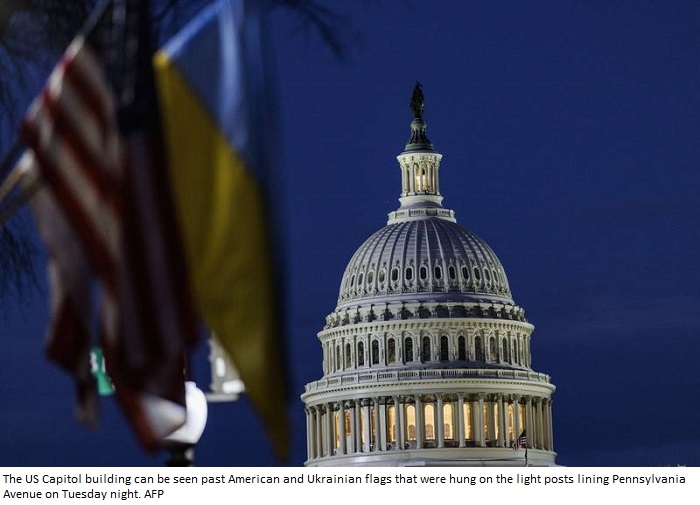 It seems to some Americans that Russia played a game of "chicken" with the West and, because it was the only one on the road, it appears to have won. This prompts the question as to whether it would have been a different story had Nato sent troops into Ukraine, thereby making it clear that any threat to that country's sovereignty would not be tolerated. One could argue that it wasn't necessary for Ukraine to be a member of Nato, just that it was threatened and needed to be defended.

In fact, throughout the past several weeks, as the conflict was brewing, American political leaders and commentators were busy arguing over what the appropriate US response should be to Russia's threat to Ukraine's sovereignty. Instead of the expected and years-long "Republican hawks versus Democratic doves" compartmentalisation, debates raged within both parties and focused on a number of important but still somewhat-peripheral matters – not on the issues at stake.

Former president Donald Trump praised Vladimir Putin, the Russian leader, as a genius and a savvy operator, with many Republicans in his camp arguing, as one did: "Why should we defend Ukrainians? Would they fight to defend us?"

Some of Mr Trump's acolytes in the US Congress, ignoring their leader's praise for Mr Putin, incongruously argued: "If Trump were president, Putin wouldn't have dared do this."

Fearful of alienating what is now called "the Trump base", more mainstream Republicans tried to make do with criticising President Joe Biden's weakness without offering an alternative.

Most mainstream Democrats, meanwhile, lined up behind Mr Biden's hesitancy to commit military forces and the fallback position of sanctions on key Russian oligarchs and institutions. Some liberal Democrats and a few conservative Republicans focused their attention on a demand that Mr Biden seek congressional approval before committing troops to defend Ukraine. More "left-leaning" Democrats engaged in a perverse type of self-flagellation, arguing, in effect: "How dare we say or do anything against what Russia is doing, given our history of violating international law and invading sovereign countries?"

While all this talk passing for a serious policy debate continues, there are several deeply troubling aspects of the Ukraine conflict that are receiving short shrift.

First and foremost among them is the past, present and future of the Ukrainian people. The policy debate ignores them. Instead, the conflict is framed as either a "Russia versus Nato" rivalry, or a "Putin versus Biden" game of one-upmanship.

The Ukrainian-American community numbers more than 1.5 million. They are proud of their country, their heritage and culture, and their independence. And they are fearful of the consequences of the war and Moscow's version of Ukraine's history, which many western historians note is infused with some mythology. Certain chapters in their history are, in fact, tragic and continue to be a source of national trauma, including the 1930s Soviet government-imposed Holodomor, or forced starvation, and the Great Terror that took the lives of millions. Little of this finds its way into policy discussions.

What is also overlooked in much of these discussions is how the world got to this point, just three decades after the end of the Cold War. Back then, America appeared victorious over the Soviet Union and policymakers and pundits proclaimed the beginning of a "new world order", with the US as the world's sole superpower.

When Iraq's Saddam Hussein invaded and occupied Kuwait, then US president George HW Bush played by the rules seeking UN support to liberate Kuwait. He then spent months building an international coalition to free that country. Succeeding US administrations, without exception, have been less respectful of the international order – the most significant example being the administration led by Bush's son, George W Bush, which oversaw the US's 2003 invasion of Iraq and the occupation of that country for a number of years.

Not only did the Iraq war weaken the US militarily, making Americans wary and weary of more foreign interventions, it also damaged American prestige, weakening relations with other countries. More far-reaching was the impact American behaviour had on the "world order". The US’s reduced capacity and its hubris resulted in ushering in a multi-polar world in which other global and regional powers began to act unilaterally to project their power where they felt their interests required it and where they could get away with it. Gone was the "new world order" and diminished was the role of the UN and international rule of law. Post Iraq, all this was replaced by the law of the jungle.

Finding fault with the past behaviour of the US – which contributed to the unravelling of the rule of law – in no way places liberals on the side of the "left isolationists". America's past sins do not absolve it from facing current responsibilities. The Ukrainian people deserve more than prayers and guilty abstention. The better course of action would be to admit past faults, commit to re-establish respect for the rule of law and act to correct the damage being done here and now to a country and people who deserve more than being pawns in a "game of nations". 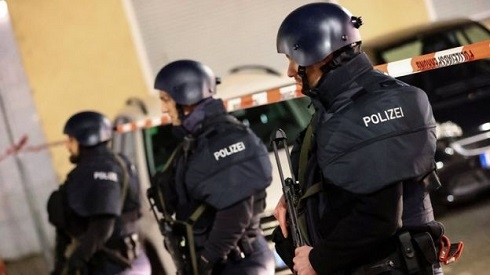