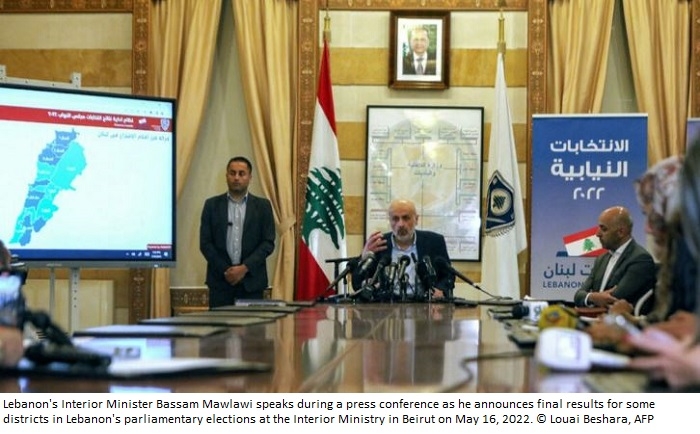 Lebanon's Iran-backed Hezbollah group and its allies lost their parliamentary majority, according to full legislative results announced by the interior ministry on Tuesday.

The Shi'ite Muslim movement and factions that support its possession of arms won around 62 of parliament's 128 seats in Sunday's election, a reversal of the 2018 result when they secured a majority of 71.

In the first election since Lebanon's devastating economic collapse and the Beirut port explosion of 2020, reform-minded political newcomers won 12 seats, an unexpectedly strong breakthrough into a system long dominated by the same groups.

The results leave parliament split into several camps, none of which have a majority, raising the prospect of political paralysis and tensions that could delay badly needed reforms to steer Lebanon out of its economic collapse.

In one of many startling results, a political newcomer dislodged the Hezbollah-allied Druze politician Talal Arslan, heir to one of Lebanon's oldest political dynasties.

While the 2018 election pulled Lebanon closer into the orbit of Shi'ite Muslim-led Iran, this result could open the way for Saudi Arabia to reassert influence in a country that has long been an arena of its regional rivalry with Tehran.