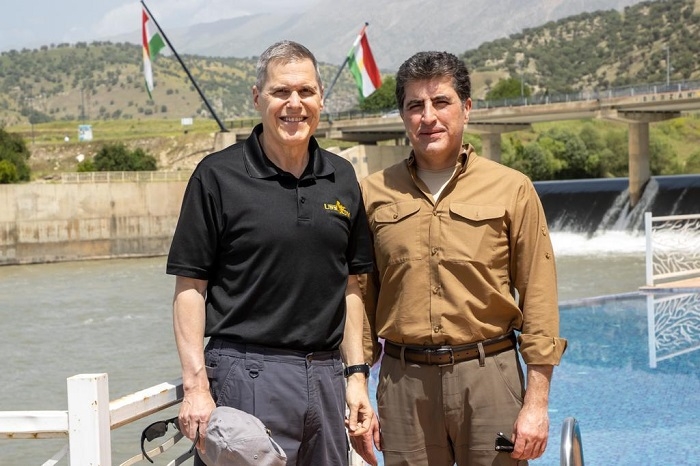 President Nechirvan Barzani received on Tuesday in Barzan, the outgoing US Ambassador to Iraq, Mr. Matthew Tueller, who paid a farewell visit to the President upon completion of his term in office.

The President thanked Ambassador Tueller for his support and efforts to promote the United States bilateral relations with Iraq and the Kurdistan Region, and wished him success in his upcoming mission.

Mr. Tueller, for his part, expressed his appreciation to the President and the relevant authorities of the Kurdistan Region for their support and cooperation and hoped for continued partnership between the two countries.