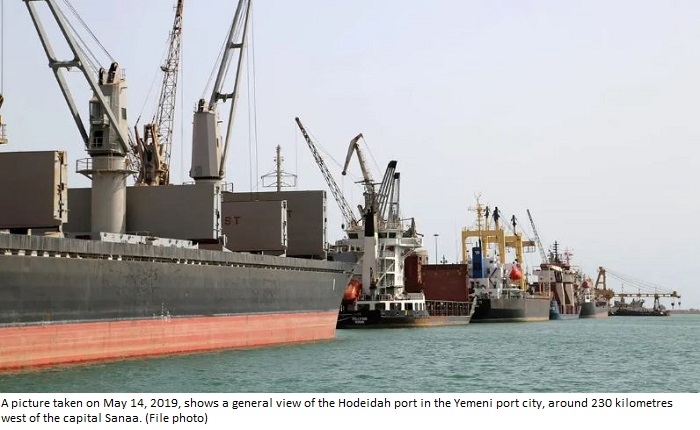 A Hong Kong-flagged sailboat is reported to have come under attack on Thursday off the coast of war-torn Yemen, though the circumstances of the incident remained unclear, officials said.

The United Kingdom Maritime Trade Operations group said the attack happened off Hodeida, a contested port city that has been a flashpoint in Yemen’s yearslong civil war. It said an investigation was ongoing into the incident, without elaborating.

Dryad Global, a maritime intelligence firm, told The Associated Press that the vessel involved was the Lakota, a 62-foot (19-meter) sailboat flagged out of Hong Kong. Dryad said that those on board were sailing into international water and were reportedly safe.

It wasn’t immediately clear who owned the vessel or how many people were on board at the time of the incident. Satellite-tracking data from MarineTraffic.com analyzed by the AP showed the Lakota just west of the Hanish Islands in the Red Sea between Eritrea on the African continent and Yemen on the Arabian Peninsula.

The vessel had been in Djibouti before sailing close to Yemen’s coast. The vessel also had not turned on its Automatic Identification System tracker, which Dryad described as “very strange,” given that the Red Sea is a major international shipping route.

“Several attempts were made to board her,” Dryad said. “Reports indicate she managed to get away.”

The U.S. Navy’s Mideast-based 5th Fleet said it was aware of the attack, but declined to immediately comment further.

A Saudi-led coalition has been at war since March 2015 against Iranian-backed Houthi rebels who have long held the Yemeni capital of Sanaa as well as Hodeida. The Houthis, Yemen’s exiled government and the Saudi-led coalition did not immediately acknowledge the attack.

The incident marked the latest at-sea attack amid the war. In January, the Houthis seized the Emirati ship Rwabee. The Houthis described the vessel as carrying military weapons, while the Saudi-led coalition described it as carrying disassembled hospital equipment.

The ship’s Indian crew were released last month after the Houthis and the Saudi-led coalition reached a truce during the Muslim holy fasting month of Ramadan. The fragile truce is still ongoing now.