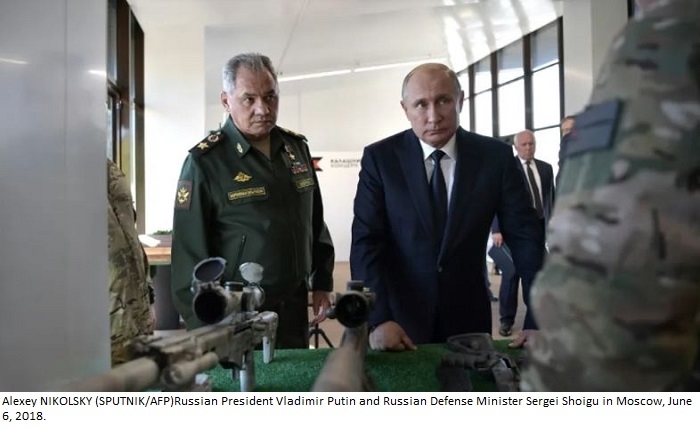 "By the end of the year, 12 military bases and units will be deployed in the Western Military District," Russian Defence Minister Sergei Shoigu told his ministry and army officials, noting "the growth of military threats on Russia's borders" and laying the blame with NATO and the US.

The Russian Defence Minister said that 1,908 Ukrainian soldiers holed up in the Azovstal steelworks in Mariupol have surrendered. "The liberation of the Lugansk People's Republic is almost complete," he said, adding that "units of the Russian armed forces, together with divisions of the People's Militia of the Lugansk and Donetsk People's Republics, are continuing to increase control over the territories of the Donbass."

Viktor Ovsyannikov, the defence lawyer of the Russian soldier appearing in the first Kyiv war crimes trial, said his client was not guilty of premeditated murder and war crimes, even though he has admitted to killing a civilian, and asked for him to be acquitted.

Russian soldier Vadim Shishimarin said he was “truly sorry” for his actions.

The judge presiding over this trial said the verdict will be announced on Monday.

In a sign of Russia's urgent need to bolster its war effort in Ukraine, its parliament said on Friday that it would consider a bill to allow Russians over 40 and foreigners over 30 to sign up for the military.

Germany's parliamentary budget committee approved plans on Friday to take out almost €40 billion euros ($42.3 billion) in additional debt this year to fund costs stemming from the fallout of the war in Ukraine.

Russian shelling in Ukraine’s eastern region of Luhansk has killed 13 civilians over the past 24 hours, Serhiy Gaidai, the regional governor, said on Friday.

Twelve were killed in the town of Sievierodonetsk, where a Russian assault has been unsuccessful, he said. The town and the city of Lysychansk are in an area where Russian troops have launched an offensive.

Ukranian President Volodymyr Zelensky said that the renewed Russian offensive in Ukraine’s Donbas had turned the eastern region into “hell” and thanked the US for approving a $40-billion aid package for Ukraine.

Blinken told a UN Security Council meeting called by the United States that the war has halted maritime trade in large areas of the Black Sea and made the region unsafe for navigation, trapping Ukrainian agricultural exports and jeopardising global food supplies.

Blinken said the meeting, which he chaired, was taking place “at a moment of unprecedented global hunger” fuelled by climate change and COVID-19 “and made even worse by conflict.”

Since Russia’s invasion on Feb. 24, he said, its naval operations have sought to control access to the northwestern Black Sea and the Sea of Azov and to block Ukrainian ports, which the United States assesses to be “a deliberate effort” to block safe passage and shut down shipping.