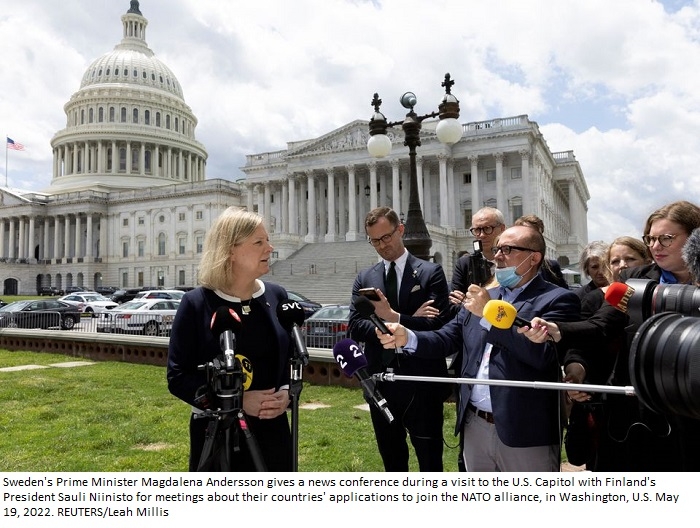 Erdogan has publicly questioned whether Finland and Sweden should be allowed to join the military alliance.

"I stated that as NATO allies Finland and Turkey will commit to each other's security and our relationship will thus grow stronger," Niinisto tweeted after the call.

"Finland condemns terrorism in all its forms and manifestations. Close dialogue continues."