Saudi Arabia's Alwaleed to sell 16.87% of Kingdom Holding to PIF for $1.5 billion 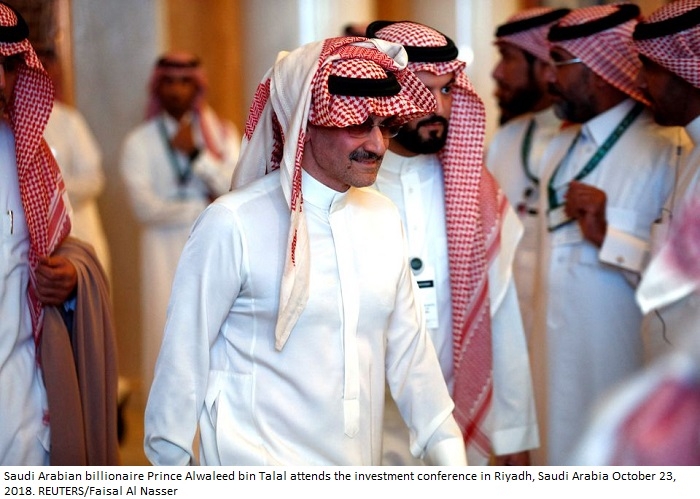 The share price for the agreement was where the stock closed on Thursday, its lowest level in a year. It rallied more than 6% to around 9.7 riyals in early trade on Sunday.

The transaction will take place on Saudi Arabia's stock exchange, Tadawul, on Sunday, the company said. Prince Alwaleed, one of the kingdom's most recognised business figures, will retain a majority 78.13% stake.

The PIF, which manages over $600 billion in assets, is at the centre of Saudi Arabia's de facto ruler Crown Prince Mohammed bin Salman's ambitious agenda to diversify the economy away from oil.

Prince Alwaleed was swept up in an anti-corruption campaign ordered by the crown prince in 2018. He was held for about three months at Riyadh's Ritz-Carlton, along with scores of royals, senior officials and businessmen.