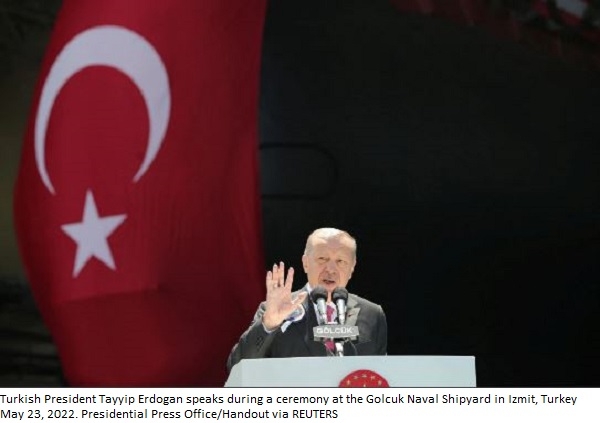 "The main target of these operations will be areas which are centers of attacks to our country and safe zones," Erdogan said, without elaborating.

Erdogan said the operations would be launched as soon as military, intelligence and security forces have completed their preparations.

The operation will likely target north of Syria, where Turkey has launched several military operations since 2016 to undermine the Kurdish People’s Defense Units (YPG), an armed Syrian offshoot of the Kurdistan Workers Party (PKK).

The YPG also helped form the Syrian Democratic Forces (SDF), the Kurdish-led coalition that the United States has greatly relied on to fight the Islamic State since 2014.

Erdogan's statement came amid Turkey's objections on Finland and Sweden becoming NATO members, accusing them of harbouring individuals linked to the PKK group and followers of a cleric Turkey accuses of orchestrating a coup attempt in 2016.