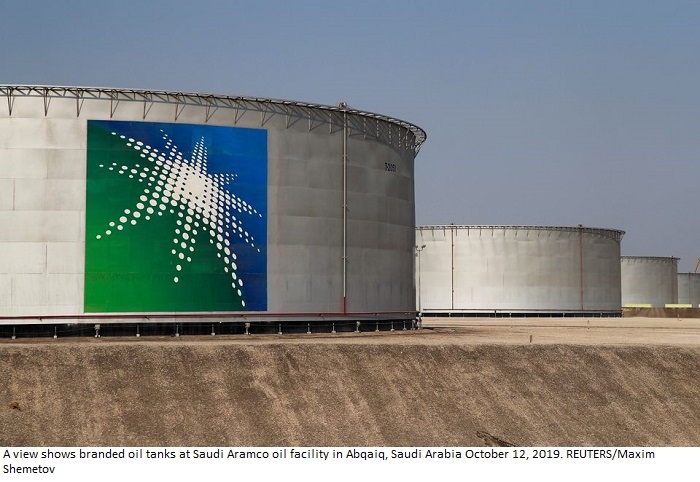 Valvoline, which is valued at $5.4 billion as of Tuesday's closing price, had last year decided to separate its retail services and global products division, following a strategic review.

Revenue from Valvoline's global products unit accounted for about 59% of its overall sales in 2021. The division also sells some "Do-It-Yourself" products to consumers.

The company said no decision has been taken even as it continues to work on the separation process. Aramco did not immediately respond to a request for comment.

Shares of Valvoline, which have lost 20% of their value so far this year, rose 11.2% at $33.07 after the Wall Street Journal first reported that Aramco had approached the Lexington, Kentucky-based company with a takeover deal.

Valvoline is also the world's top supplier of battery fluids to electric vehicle makers and makes as well as supplies oil and lubricants used in commercial vehicles and industrial equipment.

The deal talks between the two companies are in an early stage and there were no guarantees the two sides would reach an agreement, the Journal report said.