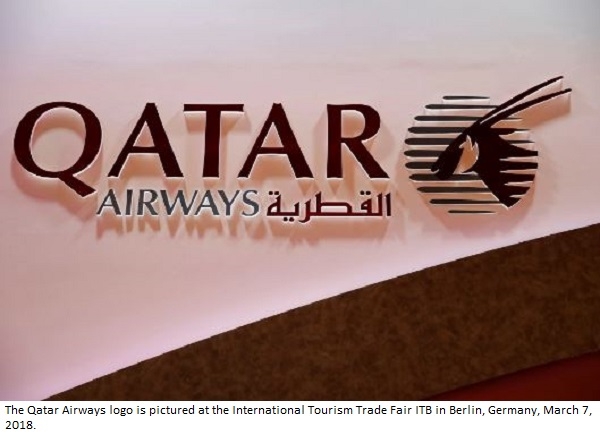 Airbus (AIR.PA) and Qatar Airways are heading towards a three-month summer trial next year after a UK judge granted the airline a relatively quick timetable while dismissing its procedural claims in a bitter safety and contractual dispute.

The judge told a division of London's High Court there was "public interest" in the outcome of the dispute, which has seen the Gulf carrier question the safety of about two dozen grounded A350 long-haul jetliners over flaws in their protective skin.

Airbus has acknowledged these and other jets are suffering erosion to the painted surface and a layer of lightning protection but insists with the backing of European regulators they are safe, despite Qatar's refusal to take more deliveries.

"I am in absolutely no doubt that this case should be tried as soon as is practically possible," Judge David Waksman said, backing the airline's call for a speedy trial.

However, he rejected a bid by the airline to split the trial into two parts to allow Airbus to perform a deeper technical analysis, something the planemaker says it has already done.

He also refused to order Airbus to stop formally trying to deliver more A350s to Qatar Airways, or to refrain from re-selling undelivered aircraft, while the dispute drags on.

The procedural ruling means Airbus is free to attempt to trigger payment clauses as more planes are built. It can also try to sell A350s that Qatar has rejected to carriers like Air India, which industry sources say could step in as a buyer.

The clauses are part of thousands of confidential documents likely to come under the microscope during the trial as two of the industry's most powerful players battle in open court.

Qatar Airways has questioned the jet's defences against lightning, which strikes commercial jets about once a year, and is suing Airbus for $1 billion in damages for idled planes.

Airbus has counter-sued for the return of millions of dollars of credits awarded when jets were sold and accused Qatar of refusing to take planes as a device to tackle overcapacity.

Qatar Airways said an "expedited trial (would) provide a swift resolution of this unprecedented dispute" and allow it to assess the cause of damage to aircraft that Qatar has grounded.

Airbus hailed the blocking of the airline's injunction requests and renewed calls for a settlement. "The continued litigation is not in the interests of either party," it said.

Waksman urged both sides to enter a "period of reflection" between now and next June when a window for the trial opens.

"At the moment this case looks unsettleable - that might change," he said.

Speaking to a courtroom packed with representatives of top law firms, he deplored the legal circus surrounding the collapse of one of aviation's closest commercial partnerships.

"The costs for both sides are way over the top in my judgment. There is far too much time that is being spent here," he said.

Other airlines continue to fly the A350 after European regulators reaffirmed the design.

The dispute widened in January when Airbus revoked a separate contract with Qatar for smaller A321neo jets.

Barring a settlement, the full trial is expected to embrace both the A350 and A321neo contracts and explore technical and commercial decisons dating back to Qatar Airways' agreement to launch the A350 as its largest customer in 2007.

The public divorce has drawn concerns in private from top officials in Qatar and France, where Airbus is based, but so far neither state has intervened directly, diplomats say.