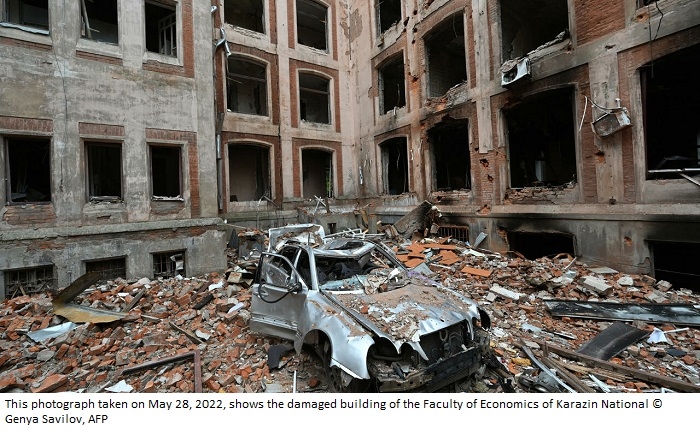 The Russian defence ministry said on Sunday that Russian missiles have destroyed a large Ukrainian arsenal in the city of Kryvyi Rih in central Ukraine, state news agency TASS quoted the ministry as saying.

Russian gas producer Gazprom said on Sunday its supply of gas to Europe through Ukraine via the Sudzha entry point stood at 44.1 million cubic metres (mcm), up from 43.96 mcm on Saturday. An application to supply gas via another major entry point, Sokhranovka, was rejected by Ukraine, Gazprom said.

Fighting for the eastern Ukrainian city of Severodonetsk continues with Russian forces conducting assault operations on Saturday, the general staff of Ukraine's armed forces said on Sunday. "With the use of artillery, Russian forces carried out assault operations in the area” of the city, the general staff said in a statement on its Facebook page.