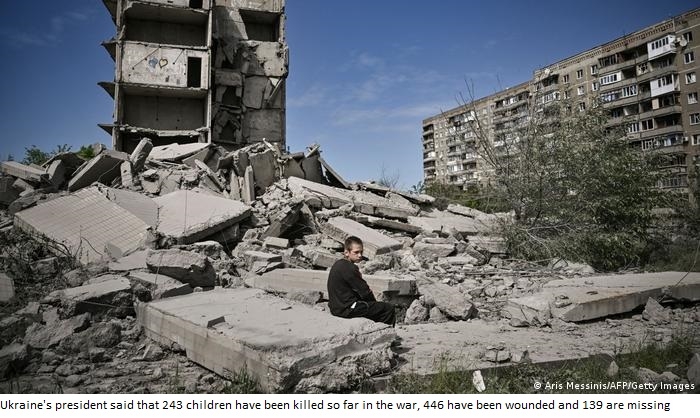 Ukrainian President Volodymyr Zelenskyy has accused Moscow of forcibly taking 200,000 children to Russia, adding that Ukraine will punish those responsible.

Ukrainian President Volodymyr Zelenskyy said that 200,000 children are among the Ukrainians who have been forcibly taken to Russia.

Zelenskyy said Ukraine would punish those responsible. He said that Ukraine would also show Russia that it "cannot be conquered, that our people will not surrender and our children will not become the property of the occupiers."

Ukraine's president said that 243 children have been killed so far in the war, 446 have been wounded and 139 are missing.