President Nechirvan Barzani: We support all efforts that aim to find solutions to existing political impasse 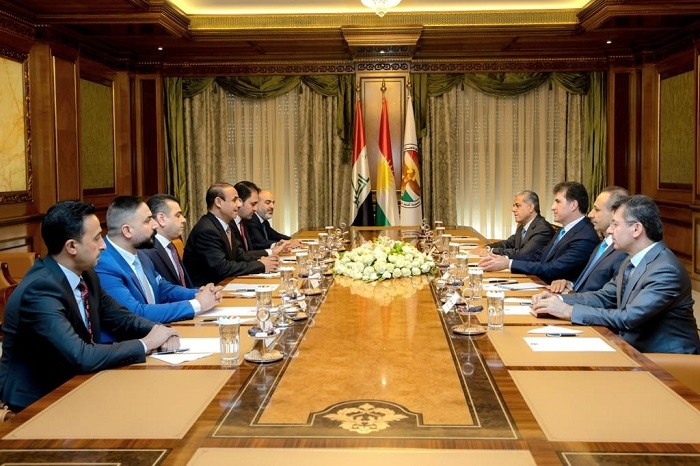 President Nechirvan Barzani received on Sunday in Erbil a delegation of independent members of the Iraqi parliament, known as the Negotiating Committee.

The meeting discussed the latest political developments in Iraq, the challenges facing the country, and the ongoing efforts to reach a common understanding among all political parties to overcome the current gridlock.

The delegation expressed the purpose of their visit to the Kurdistan Region, including their willingness to hold talks with the Kurdistan Region Presidency and all political groups in order to bring the parties closer together and find a way out of the existing political deadlock in Iraq.

The President reaffirmed his support for the delegation’s endeavor and all other efforts which aim to bring the political factions closer together and attempt to overcome the difficulties facing the political process in Iraq, hoping that their efforts bear fruit.

For their part, the visiting delegation expressed their gratitude to President Nechirvan Barzani for his role and initiatives in bringing the political parties closer together in the Kurdistan Region and hoped that the President would play a similar role in Iraq.