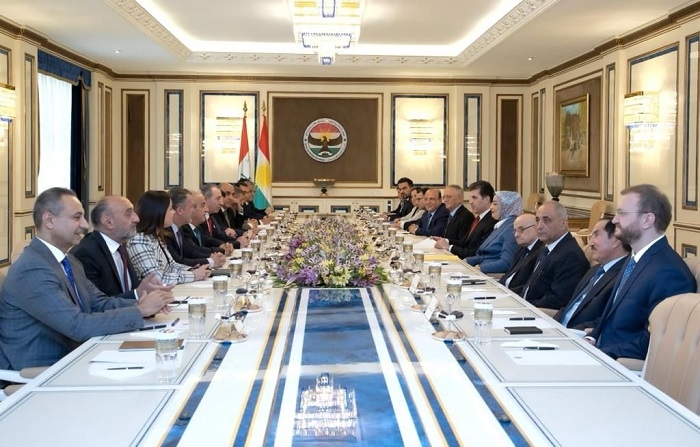 The President expressed full support for the rights of all communities, and reiterated that all religious and ethnic components have the right to freely participate in decisions which have an effect on their wellbeing, and that their decisions must be fully respected. The President said that no attempts will be allowed to restrict the rights of communities, especially in the issues of elections and their representation in the parliament and in other institutions of the Kurdistan Region. More attention and importance must be attached to their rights, the President said.

For their part, representatives of religious and ethnic communities reiterated their appreciation to President Nechirvan Barzani for his standing on this important issue and emphasized on the President’s role in safeguarding and deepening the culture of coexistence, mutual acceptance and tolerance among communities of the Kurdistan Region, commending the President as the guarantor of their rights.