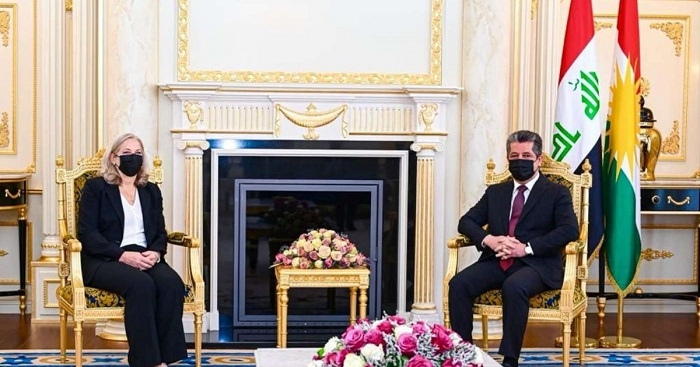 Prime Minister Masrour Barzani on Thursday met with Alina Romanowski, the new US Ambassador to Iraq.

In another part of the meeting, Prime Minister Barzani addressed the relationship between Erbil and Baghdad, stressing that the people of the Kurdistan Region have national and constitutional rights, with outstanding issues with Baghdad relating not only to oil and the budget, but that the Region is a constitutionally recognised entity and must be treated as per the Iraqi Constitution.

The new US Ambassador reiterated her country’s support for the Region as an important ally. She added that Iraq and the Kurdistan Region are important parts of US politics and stressed the importance of establishing a new Iraqi government that serves the interests of all the country’s constituencies.