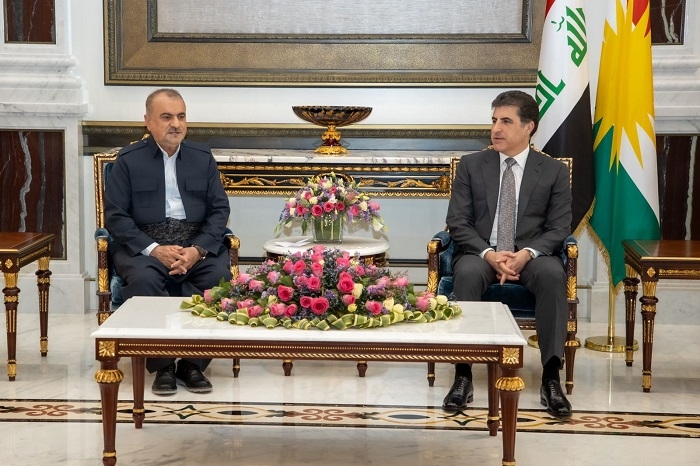 President Nechirvan Barzani received a number of writers, scholars and intellectuals from Iranian Kurdistan who visited the Kurdistan Region to participate in a ceremony, held on Saturday, to introduce a collection of documentary books on the Barzan revolutions.

At the meeting, the President warmly welcomed the visiting delegation and emphasized on expansion of cultural and intellectual bonds between the Kurdistan Region and the Islamic Republic of Iran. The President hoped that the bridge of cultural ties between the two friendly and neighboring peoples and countries be further strengthened.

The meeting also discussed the current state of Kurdish writings and literature, as well as the status of Kurdish publishing in the Kurdistan Region and Iran and other issues related to this field.

The meeting focused on the efforts to collect documents related to the history of Kurdistan and its revolutions in the archives of neighboring countries and around the world. In this context, the efforts of the Kurdistan Institute in Tehran and Mr. Baram Waladbaigi and his colleagues to collect and publish the documents were valued.

The visiting delegation praised the peaceful vision of the Kurdistan Region President and his political and diplomatic efforts in Kurdistan, in Iraq and in the wider region, and wished him success.