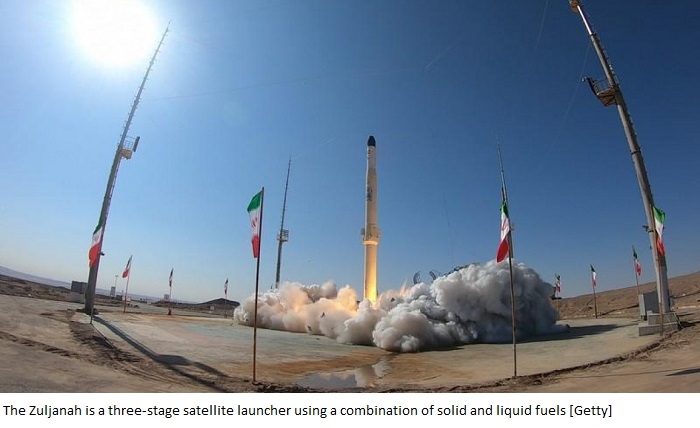 Iran has carried out a second test of its Zuljanah satellite launcher, Iranian state TV reported on Sunday, in a move likely to irk Washington amid expectations of a resumption of indirect talks between the arch foes to revive a 2015 nuclear pact.

"The third development phase of the Zuljanah satellite launcher will be based on a combination of information gained during today's launch," a defence ministry spokesperson told state TV, without clarifying whether the test was successful.

The announcement comes as a months-long impasse in the indirect talks between Tehran and Washington is expected to break in the coming days to secure the 2015 pact which curbed Tehran's nuclear programme in exchange for sanctions relief.

Last year, the United States voiced concern over the successful launch of the domestically-made satellite launcher for the first time, which Tehran said was aimed at helping achieve its “most powerful rocket engine”.

The Zuljanah is a three-stage satellite launcher using a combination of solid and liquid fuels.