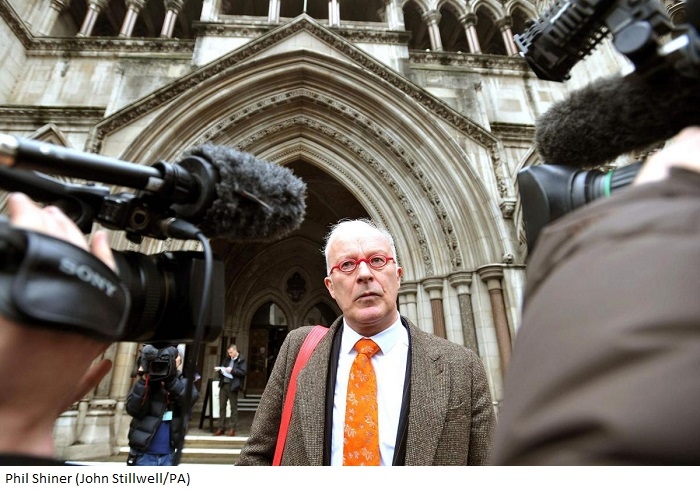 The 65-year-old boss of now-defunct Public Interest Lawyers (PIL) was struck off by the Solicitors Regulation Authority (SRA) in 2017 for pursuing false torture and murder allegations against British troops.

Shiner, from Birmingham, is due to appear at Westminster Magistrates’ Court on Monday to face three counts of fraud following a five-year National Crime Agency (NCA) investigation.

An NCA spokesman said: “Following an NCA investigation and CPS authorisation, Philip Shiner, 65 from Birmingham, will appear at Westminster Magistrates Court on Monday to answer charges in respect of fraud offences relating to legal aid claims made in 2007 and information provided to the Solicitors Regulation Authority in 2015.”

Shiner is alleged to have committed fraud by false representation in April 2015 in response to a question from the SRA, which he “knew was untrue and misleading”, so he could continue to practise as a solicitor, according to court papers.

He is said to have “been engaged in the cold calling of clients in Iraq in relation to alleged killings of Iraqi civilians by British Army personnel at the battle of ‘Danny Boy’.”

The 2004 battle gave rise to claims against British soldiers after an order to remove the bodies of the Iraqi dead from the battlefield and take them back to a nearby camp along with nine prisoners of war.

The detainees, who were insurgents with the Shia militia Mahdi Army, would go on to claim they had been mistreated and heard the torture and murder of their compatriots.

Among the dead was 19-year-old Hamid Al-Sweady, who gave his name to a public inquiry after his uncle Khuder Al-Sweady claimed he had been murdered at the British camp.

Shiner is facing two charges of dishonestly failing to disclose information relating to Khuder Al-Sweady’s legal aid claim over an application for a judicial review of the Ministry of Defence decision not to hold an independent inquiry into his nephew’s death.

Between September 18 and 20, 2007, Shiner is alleged to have failed to disclose that he “had been engaging in cold calling and the payment of referral fees”.

And in a letter challenging the decision to refuse funding of the legal aid application, between October 11 and 13 2007, he is said to have enclosed a statement that “had been obtained through cold calling”.