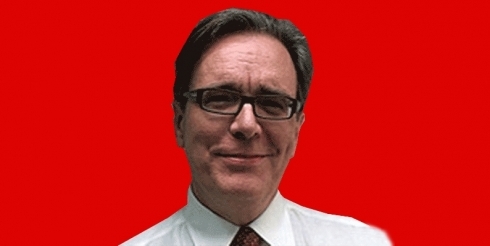 Jim Sperling is professor of political science at the University of Akron. He has taught at Akron since 1988. Prior to that time he held appointments at Davidson College and the James Madison College, Michigan State University. He teaches World Politics and Government (the introductory course to comparative politics and international relations), International Politics and Institutions, and Comparative Security Policy. His publications have explored various facets of German foreign economic and security policy over the course of the postwar period as well as the problem of the new security agenda, global security multilateralism, and regional security governance in the contemporary international system. His publications include the coauthored NATO’s Trajectory into the 21st Century (Palgrave 2012) and EU Security Governance (Manchester University Press 2007) and the coedited NATO after Sixty Years (Kent State University Press), National Security Cultures: Patterns of Global Governance (Routledge 2010), European Security Governance: The European Union in a Westphalian World (Routledge 2009), and Global Security Governance (Routledge 2009). He is editor of Handbook on Governance and Security (Edward Elgar 2014) and is currently coauthoring with Mark Webber NATO: What’s wrong with it? How to fix it? (Polity Press). In a written interview he answered our questions as the following:

Gulan: In your perspective the Russian decision to invade Ukraine was primarily driven by what?

Professor Jim Sperling: There are three plausible explanations for the Russian decision to invade Ukraine:  the fear that a preemptive attack on Ukraine was necessary to prevent its future membership in NATO; the desire to extend the Russian defense perimeter as far westward as possible to deter a hypothetical threat from NATO; and a misguided desire to reconstitute an imaginary Russia lost in the wake of the Cold War.  These three explanations are not mutually exclusive and each has no doubt played some role in the decision to invade.  That said, Ukrainian membership in NATO was precluded by the enlargement criteria for membership (the settlement of outstanding territorial disputes) owing to the Russian annexation of Crimea.  The reconstitution of the imaginary Russia provides nationalists a powerful justification for the invading Ukraine, but does not seem to be a particularly compelling reason to do so given the costs of so doing.  Consequently, my own view is that, particularly given the seeming strategic goal of annexing the Donbass region and the Ukrainian Black Sea littoral suggests that the Russian goal is to extend its defense perimeter, extend its control over the Black Sea, and leave Ukraine a land-locked country dependent upon access to Russian ports.

Gulan: What does the Russia- Ukraine war tell us about the great power politics? Have we ushered into another cold war?

Professor Jim Sperling: The most important lessons are that material interests and the security dilemma remain the determinative factors shaping the contours of great power relations.  It might also indicate that the lack of policy coherence within the West on matters touching upon Russia (particularly the wisdom or folly of relying on Russia for natural gas and oil) compounded by the loss of American leadership during the Trump Administration may have lowered the risk of invading Ukraine given the potential benefit of annexing critical regions of Ukrainian territory and neutralizing Ukraine as a potential western military ally.  Putin’s Russia may have inadvertently initiated a new ‘cold war’ in name, but unlike the Cold War this particular iteration could be wound down if Russia were to return to the status quo ante 2014 or if some other mutually acceptable Russo-Ukrainian territorial settlement materializes.

Gulan: Can we say that this war has been another nail on the coffin of the what has been called rules-based order?

Professor Jim Sperling: The threat to the system is the dissatisfaction of Russia and China (among others) with the content of the post-war rules-based international order.  As revisionist powers, these nations will seek to delegitimize the existing rules reflecting the values and material interests of the ‘West’ and effect a substitution with rules more congenial to their material and even ideational interests.  The Russian violation of international law in Ukraine has certainly constituted an attack on the existing rules-based international order and the UN Charter, particularly as it pertains to the seizure of territory without the consent of the governed.  But China still represents the greater threat to the post-war order as it pertains to access to the global maritime, space, and cyber commons.  Were China to achieve the formal annexation of Taiwan, it would most assuredly be the final nail in the coffin of the post-war rules-based international order.

Gulan: In your opinion where this war is heading, do you expect a further and wider escalation of this war? Or you expect that some negotiated settlement would be possible?

Professor Jim Sperling: The war may widen to include a Russian effort to reabsorb Moldova if Russia is able to occupy the Ukrainian Black Sea littoral.  It appears at this stage that Russia is conducting a war of attrition which, owing to its size, willingness to absorb the costs of such a war, and the Russian ability to deter a direct US or European intervention in conjunction with a lack of appetite by the latter to do so, favours their ability to dictate the terms of a settlement and cessation of combat.  It is difficult to imagine how a Ukrainian military victory (defined as a recapturing of all territory lost since 2014 or even since 2021) is possible absent a total collapse of the Russian military and economy or Putin’s vertical or horizontal exit from office.  What seems less likely, given the unity of the Western response, is a subsequent Russian effort to reclaim the Baltic member states of NATO, particularly since the Finnish and Swedish accession to NATO will both raise the military costs of invading one of those NATO allies and the inevitable failure of such an invasion.

Gulan: How do you assess the effectiveness of the western’s reaction to the Russian invasion, especially the rapid and sweeping sanctions against Russia?

Professor Jim Sperling: The Western sanctions imposed on Russia have been effective insofar as it has punished Russia for its violation of international law; unlike Crimea the invasion of Ukraine has not been cost free or split the alliance on the appropriate action to take.  The economic sanctions are far-reaching and have been effective:  Russia has lost the European market for its natural gas and oil into the long-term (the EU has undertaken extraordinary efforts to arrive at a combined position on weening Europe from Russian oil and natural gas); the targeted sanctioning of those supporting the Putin Government has imposed a significant cost on important factions of the ruling coalition within Russia; and the loss of access to western technology will result in the eventual loss of the quantitative and qualitative advantage Russia has so far enjoyed on the battlefield.  The western reaction has also revealed the bedrock common purpose within the alliance that is often obscured by periodic conflicts of interest on matters that do not touch directly on collective defense.  It has also demonstrated that the NATO consensus on the importance of a rules-based international system is more than a rhetorical flourish or ideational justification for the current international status quo, but instead represents an intrinsic interest of the NATO states that the latter are willing to defend at considerable cost to themselves.  Finally, the military and financial support extended to Ukraine has allowed that nation to wage war against the Russian Federation and forestall the former’s absorption by the latter.  Although these measures may not protect Ukraine from eventual defeat or significant loss of territory, they have gone far beyond what anyone would have expected based on the previous response to the Crimean annexation and the seemingly fixed divergences in the alliance prior to the invasion (e.g., Nordstream II).  If nothing else, the response has unified NATO and has made the risk a Russian incursion into the Russian-speaking regions of the Baltic states less rather than more likely.

Gulan: To what extent has this war changed or shifted the European’s calculation in terms of energy and military security? What would be the implication of this shift on the future of this continent?

Professor Jim Sperling: The invasion of Ukraine has had any number of unexpected and untoward consequences for Russia.  The decision to achieve total energy independence from the Russian Federation has yielded a double benefit:  many of the goals and policies of REPowerEU will not only free the EU and Europeans from the Russian threat of disrupted energy supplies, but also accelerate the EU’s contribution to mitigating the climate crisis.  The potential benefit for European energy autonomy achieved with the substitution of renewables for fossil fuels will eventually severe the diplomatic constraints on European policies towards the Persian Gulf and North African oil-producing states..  It would also provide Europe with a greater degree of freedom in its dealings with the United States on energy issues and climate change more generally.  The severing of the energy relationship with Russia does pose a potential downside:  if the European goal of no longer importing natural gas or eventually oil succeeds, how will an immiserated post-Putin Russia escape another bout of revanchist authoritarianism?  Either of those outcomes will pose no less a threat to Europeans security than a Putin-led Russia. The gains attending European energy autonomy will be offset, however, by the continuing European reliance upon the American extended nuclear deterrent and the credibility of that deterrent:  the Russian Federation was recently declared to be the primary adversary of the NATO states at the Madrid Summit and in the new Strategic Concept.  That shift in the perception of Russia from a potential partner to a certain adversary suggests that the military balance will remain as important today and into the future as it did at any time during the Cold War.

Gulan: Has this war had any implications on the Middle East or it is essentially irrelevant?

Professor Jim Sperling: The consequences of the western response to the Russian invasion of Ukraine are likely to be indirect rather than direct:  the effort to reduce or eliminate European dependence on Russian fossil fuels will increase the demand for Middle Eastern oil and increase those nations’ diplomatic leverage vis-à-vis Europe over the short- to medium-term. Yet over the longer-term, the stated European goal of substituting renewable energy sources for fossil fuels will eventually lead to a lower demand for those fossil fuels that will reduce those oil producing nations’ primary source of income as well as their leverage with Europeans on issues touching upon their national interests.  That outcome could possibly destabilize the Persian Gulf region particularly and shift the balance of power in Iran’s favour.   However, it is hard to conceive how the war would widen to the region or how it would serve the interest of Russia to do so.