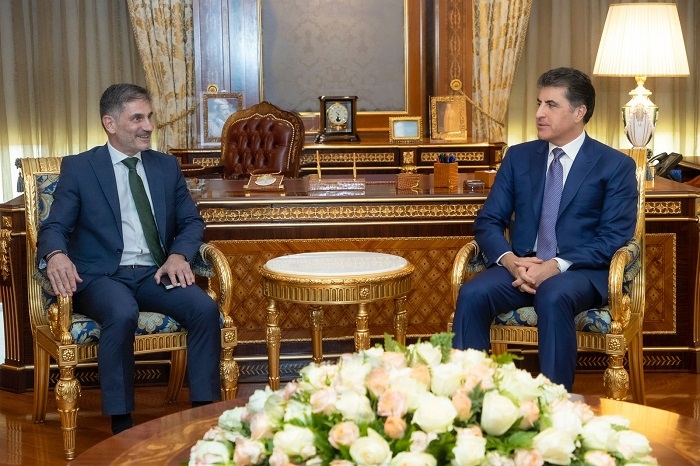 The President thanked Consul General Semtner for his efforts to promote his country’s relations with the Kurdistan Region and wished him success in his upcoming assignment.

For his part, the German Consul General referred to his term in office in the Kurdistan Region and thanked the relevant parties for their cooperation and support during his tenure, commending the efforts of President Nechirvan Barzani to bring about unity among political factions.

Discussions also focused on the bilateral relations of Iraq and the Kurdistan Region with Germany, the Iraqi political process, the situation in Sinjar and other issues of mutual interest.