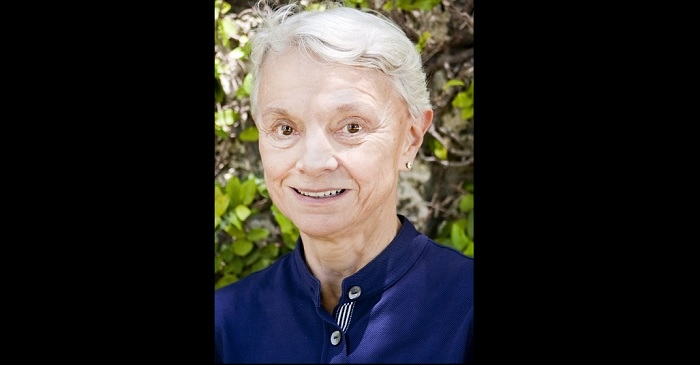 JUNE TEUFEL DREYER is Professor of Political Science at the University of Miami, Coral Gables, Florida, where she teaches courses on China, U.S. defense policy, and international relations. Professor Dreyer has lectured to, and taught a course for, National Security Agency analysts, consults for organizations including the National Geographic and Centra Technology. She is a senior fellow of the Foreign Policy Research Institute and a member of International Institute for Strategic Studies. In an interview with our Magazine, she answered our questions like the following:

Gulan: How do you characterize the relations between USA and China?

Professor June Teufel Dreyer: not good, relations between China and United States have been not good for quite a while. And the fuss China made over Nancy Pelosi’s visit is extreme, but in essence something would have made it happen anyway. What I think is that China wanted an excuse to expand their activities, their expansionist activities, and this happens to be a convenient excuse for them.

Gulan:This visit has ruffled China’s feathers to say the least, and China has taken some punitive and aggressive steps, so, do you believe that this visit was justified or well-thought-out move?

Professor June Teufel Dreyer: It is hard to say what justifies any move, I think China’s president Xi Jinping is facing some domestic opposition, not from the common people, but within his own group over whether it is a good idea for him to take the third term as president, and he would like a victory over Taiwan, which is in essence a victory over United Sates, to reinforce his credentials, I am a hero, I am moving toward a unification of Taiwan, therefore, trust me and give me a third term. So, I think this is convenient for him.

Gulan:To what extent this scalation of tension has led to further deterioration and dissolution of the relation of USA and China?

Professor June Teufel Dreyer: That is very true, and I don’t think United States will tolerate China taking over Taiwan. And it is not just the United States that is involved in this, as this has greatly upset Japan. And if anyone just looks at the map, essentially Taiwan is the geographical extension of Japan, it is the same volcanic chain, and the northern most tiny islands of Taiwan, is very close to the southern islands of Japan. So close that is it said that in a clear day, you can see from one island to the other. What that means is that if the territorial waters of China extend to the tiny Islands of Taiwan they will be right up against Japan. And since Japan and China have historically never really got along well. So, this concerns Japan, and Japan is United States treaty ally, and if Japan is concerned the United Stated would have to be concerned.  And the Australian government is also very concerned.

Gulan:As you there are many other issues that complicate US and China relations, like the oppression of Uyghur minority, and cracking down of pro-democracy movements in China, to what extent should these issued be reflected in US policy towards China?

Professor June Teufel Dreyer: Certainly, the United States public is horrified at what has happened to the Uyghurs, and to make the situation even worse at what has happening to the people of Hong Kong, and many few Americans have visited Uyghur area, but many many Americans have visited Hong Kong, and they can imagine what must have been like for these people. So, that is only hardened American public sentiment. And, the Biden’s Administration, like any other administration has to respond to the public opinion on these matters. And public opinion on China has become very hostile as the result of what has happened to the Uyghurs and Hong Kong. And, also because of the behaviors of Chines diplomats, they are very rude, this wolf warrior diplomacy where the Chines diplomats insult people such as in Australia, Sweden, and France, and this is very appalling.

Gulan:Obviously, the successive US administrations have pursued what is called “strategic ambiguity”, in your opinion what are the core components of this strategy, and do you believe it will be successful and sustainable in the long term?

Professor June Teufel Dreyer: The “strategic ambiguity” was a sustainable strategy only as long as no sides attempted to seriously destabilize the status que. And Taiwan was not being belligerent, and the United States was not being belligerent, and China as it got stronger seemed to take this as acquiescence, as countries would not do anything if China attempted to change the status que, and in that I think it made a serious mistake. And, certainly there have voices in the United States think that it is time to end “strategic ambiguity”. We had “strategic ambiguity” only because we did not want Taiwan to take any rash move that would trigger a Chinese invasion. The current Taiwanese president  Tsai Ing-Wen, whom I have actually met several times is very smart, and she is also very cautious, and no one thinks she would do anything to provoke a Chines invasion.