Putin accuses US of trying to ‘prolong’ Ukraine conflict 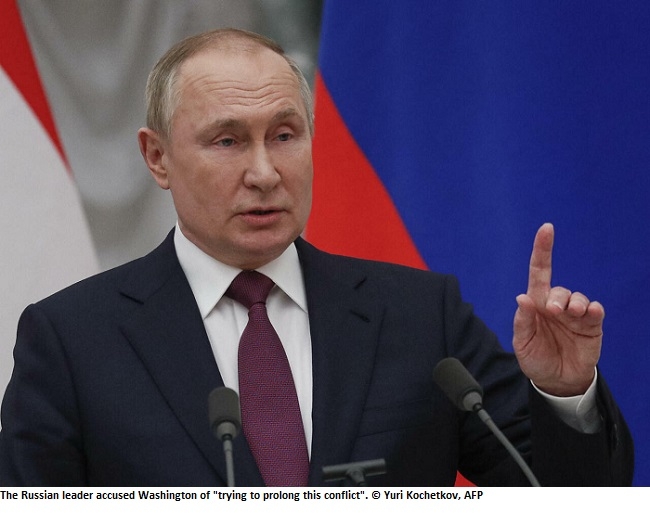 Russian President Vladimir Putin on Tuesday accused the US of seeking to prolong the conflict in Ukraine. In televised remarks, Putin said Washington is also fuelling “the potential for conflict in Asia, Africa and Latin America.

Russian President Vladimir Putin has accused Washington of seeking to prolong the conflict in Ukraine and of fuelling conflicts elsewhere in the world, including in Taiwan.

"The situation in Ukraine shows that the US is trying to prolong this conflict. And they act in exactly the same way, fuelling the potential for conflict in Asia, Africa and Latin America," Putin said in televised remarks.

"The American adventure in relation to Taiwan is not just a trip of an individual irresponsible politician, but part of a purposeful, conscious US strategy to destabilise and make chaotic the situation in the region and the world," he added, referring to the recent Taiwan visit by US House Speaker Nancy Pelosi.