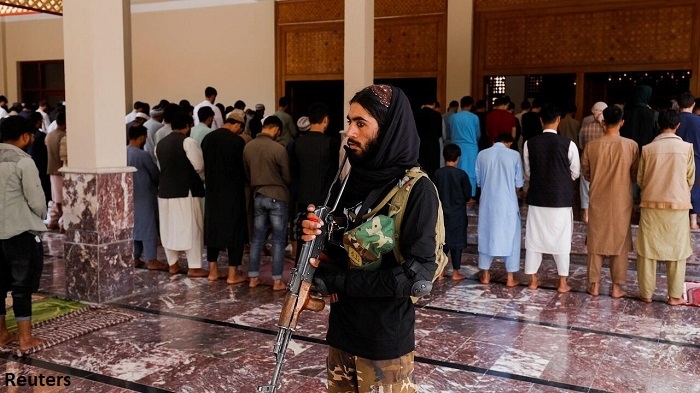 A massive explosion ripped through a mosque in Afghanistan’s Kabul on Wednesday evening, leaving at least 21 dead. The blast took place during the evening prayers at the mosque located in a northern Kabul neighbourhood.

“A blast happened inside a mosque…. the blast has casualties, but the numbers are not clear yet," Kabul police spokesman Khalid Zadran told Reuters.

Reports, however, stated that at least 21 people were killed, while over 40 others were wounded in the explosion, which was so powerful that it shattered the windows of nearby houses. One Taliban intelligence official told Reuters that as many as 35 people may have been wounded or killed, and the toll could rise further. The mosque’s imam was among the dead, according to reports.

Kabul’s Emergency Hospital stated that so far 27 injured patients are being treated at the facility, including a seven-year-old child.

Security personnel and ambulances have been rushed to the spot.

The blast took place on a week that marks one year of the Taliban taking control of Afghanistan.

This also comes a week after a senior Taliban cleric known for his fiery speeches against the Islamic State (IS) was killed last Thursday at his madrassa in Kabul in a suicide bomb blast, which was claimed by the jihadist group.

Rahimullah Haqqani, who had recently spoken publicly in favour of girls being allowed to attend schools, had survived at least two previous assassination attempts, including one in Pakistan in October 2020.