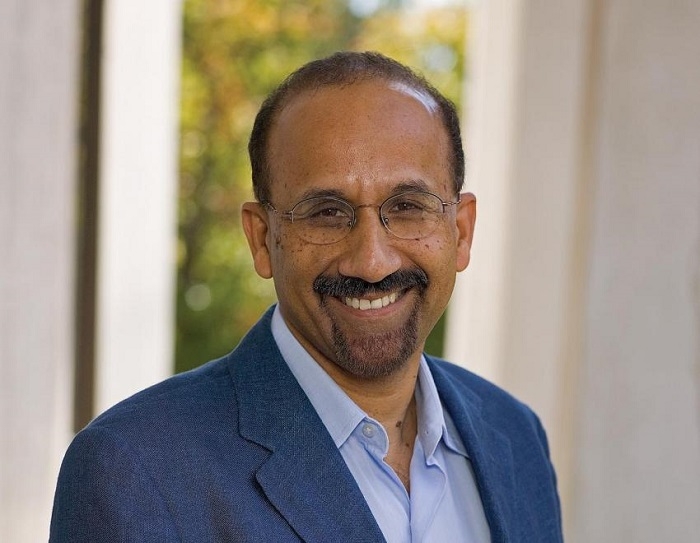 ATUL KOHLI is the David K.E. Bruce Professor of International Affairs at Princeton University. His principal research interests are in the area of political economy of developing countries. He is the author of Imperialism and the Developing World: How Britain and the U.S. Shaped the Global Periphery (forthcoming, 2019); Poverty amid Plenty in the New India (2012) (a Foreign Affairs Best Book of 2012 on Asia and the Pacific); State-Directed Development: Political Power and Industrialization in the Global Periphery (2004) (winner of the Charles Levine Award (2005) of the International Political Science Association); Democracy and Discontent: India's Growing Crisis of Governability (1991); and The State and Poverty in India (1987). He has also edited or co-edited ten volumes (most recently, States in the Developing World, 2017; and Business and Politics in India, forthcoming) and published some sixty articles. Through much of his scholarship he has emphasized the role of sovereign and effective states in the promotion of inclusive development.  In an interview he answered our questions like the following:

Professor Dr. ATUL KOHLI: The legacy of imperialism has indeed been negative, though also uneven.  For example, countries like India and China in the developing world have carved out moderately well-functioning states.  The British in India left behind a good civil service, a functioning armed force and a judiciary.  Indian nationalists grafted an effective civilian government on top of this state structure in the middle of the twentieth century; for the most part, India since independence has then been well governed.  China was never fully colonized, but an effective revolutionary movement in that country successfully fought off more conservative national forces and allied foreign interests.  While both India and China are hardly unqualified successes, they do underline that it is possible to defeat imperialism, and to create sovereign and moderately effective states in the developing world.  By contrast, much of sub-Saharan Africa was a lot less fortunate. For a variety of reasons, European colonizers never created effective governing structures in their African colonies.  Nationalist forces in that part of the world were also often fragmented.  The result has been numerous poorly functioning states.  Latin America and the Middle East have a variety of more mixed cases as far as quality of national states are concerned.  What both those regions have in common, however, is continuing involvement of external forces in the functioning of their national political economies.  In this sense, commodity-riches, such as oil, have had unfortunate consequences.  Western countries have often strengthened the hands of pro-Western elite in these countries, weakening the prospect of a more nationalist path of development.

Gulan:  you have also written about state- led development, but as we see many Middle Eastern countries have failed to achieve development, instead  it has worsened society's division, and exacerbated  its structural weaknesses, so, do you believe that state- directed development process is inherently problematic, or there are other factors that are responsible for this situation?

Professor Dr. ATUL KOHLI: Successful state-led development often presupposes well-functioning states.  Countries like Japan, South Korea, China and Taiwan are all examples of rapid economic development steered by national governments.  Unfortunately, many countries in the developing world do not have good quality governments to pursue a similar journey.  The underlying reasons are complex.  As I noted above, colonial legacies are part of the explanation.  But that is not all.  Many countries decolonized more than half a century back.  In sub-Saharan Africa ethnic fragmentation and poor-quality leaders have exacerbated problems of governance. Middle East countries have had similar problems, though also made worse in some cases by oil-riches.  External actors continue to meddle in the affairs of these countries, making it difficult for some power balance to emerge among competing national forces. As a result, the focus of leaders in these countries is more on short-term struggles for power and less on longer-term concerns of economic development.

Gulan:  Do you believe that development, economic growth and good governance are inextricably intertwined with practicing and upholding democracy?

Professor Dr. ATUL KOHLI: No, I am afraid I don’t share this comforting but delusional world view that holds that all good things go together. I wish it was that way but the evidence is a lot more complex.  I prefer democracy to authoritarianism but not because I believe democracies are better at generating such valued goods as economic growth.  Just look at the case of China. An authoritarian state has facilitated rapid growth and decline in poverty for the last four decades; this has been a major accomplishment.  While the Chinese model is not easily replicable elsewhere – and given its harsh authoritarianism, may not always be desirable – it does put to rest suggestions that democracy, growth, and good government go hand in hand.

Gulan:  Obviously there has been what is called democratic recession or democratic backsliding, what is your opinion about this issue in terms of causes and consequences?

Professor Dr. ATUL KOHLI: Yes, many developing country democracies like India and Brazil have experienced democratic recession in recent years.  This is unfortunate.  The reasons are again complex.  Democratic backsliding in the U.S. can not be very helpful in other parts of the world.  Many developing countries have experienced political polarization, encouraging demagogues.  To my mind, growing economic and social inequalities are an important underlying trend, encouraging political polarization.  Once polarized, it is difficult for the center to hold.  The Modis and the Bolsanaros of our world reflect these underlying trends.

Gulan:  India is the largest democracy in the world, how do assess the effectiveness of the governance structure of this country, and what lesson can be learned form its democratic experiment?

Professor Dr. ATUL KOHLI: India is an imperfect democracy.  In recent years its democratic credentials have especially been hurt because of poor treatment of Muslims and other minorities.  But still, it is a democracy.  India has also grown handsomely since the early 1980s and poverty in India has come down. So, India could be held up as an example of how democracy and inclusive growth can be reconciled. Also, the Indian model is likely to be a lot more replicable than, say, that of China.  However, it is also the case that inequalities in India have grown significantly and India continues to house a very large number of poor, illiterate and unhealthy people.

Gulan:  China has been described as economic miracle without being liberalized politically, do you believe that this is successful and sustainable experiment? and can it implanted or transferred to other countries?

Professor Dr. ATUL KOHLI: No, I don’t think the Chinese model is readily replicable.  A country like Vietnam may selectively emulate elements of the Chinese model but an Iraq or a Nigeria or a Brazil can hardly hope to pursue the Chinese pathway to a modern economy.

I am not sure I have any special insight into the issue of whether the Chinese model, especially its harsh authoritarianism, is sustainable within China.  Many would like an answer to that question.  China continues to surprise everyone who thought economic development will lead to political liberalization.  The only thought I will add is that harsh authoritarianism presupposes considerable latent opposition in the society.  Why does Xi Jin Ping need to be so authoritarian?  What is he afraid of? It is worth considering that the underlying Chinese political society is far from settled.