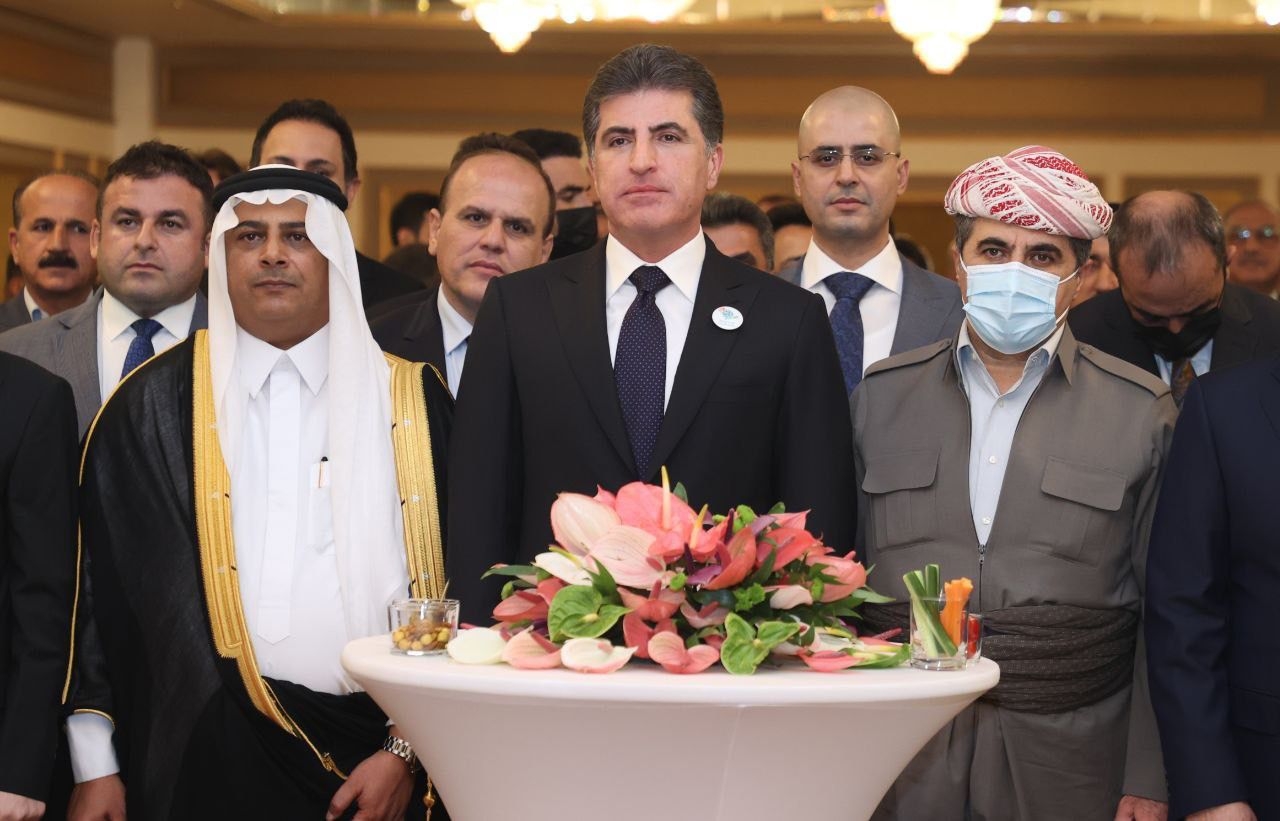 President Nechirvan Barzani attended the 92d anniversary of the National Day of the Kingdom of Saudi Arabia, held by the Saudi Consulate General in Erbil today.

On this occasion, the President congratulated His Majesti King Salman bin Abdelaziz, the Crown Prince of Saudi Arabia Prince Mohammed bin Salman, the leadership, government, and the people of the Saudi Kingdom and wished them success and prosperity.

For his part, the Consul General of Saudi Arabia in Erbil expressed his and the leadership of Saudi Arabia’s appreciation to President Nechirvan Barzani for his participation in their National Day celebration and thanked him for his attendance.