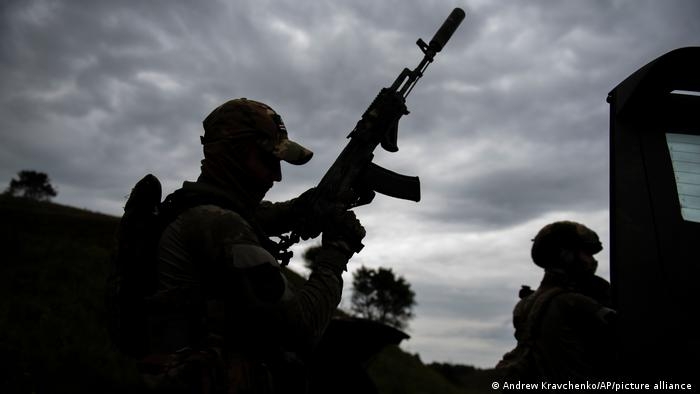 Russian President Vladimir Putin on Wednesday announced a partial mobilization to shore up armed forces for his invasion of Ukraine. DW spoke with security expert Gustav Gressel about the strength of the Russian military and its chances for success in light of the partial mobilization.

DW: What's the current state of the Russian military?

This force is sufficiently battered; there are some formations that simply physically don't exist anymore. They took a very high number of casualties in dead and wounded. And so this force is exhausted by now. It can't be regenerated by volunteers.

Now, the problem with mobilization is that you're going to have a training unit, and the next round of troops can't be trained because there's nobody to do that.

What do you think will be the effect of Putin's partial mobilization?

I'm now pondering how they're going to do that. Will they deploy these 40% of residual units they have and send them to Ukraine, hoping that basically with mobilization, with increased military presence, they will break Ukrainian resistance, erode the Ukrainian army and drive home victory?

That might be Putin's thought — that is a one-time shot. If he extends these people, there's nothing left of the Russian army. It's very risky.

Given the apparent superiority of the Russian military in terms of the numbers of personnel and amounts of equipment, how has it not succeeded at this Ukraine invasion?

There are many reasons. The completely bogus political assumptions with which they went into the war, the underestimation of Ukrainian resilience, the complete failure to comprehend the Ukrainian political system and how it works. The sloppiness in planning, the lack of logistical preparation, the lack of air force.

In the first place, they conducted this as a "special military operation" using only their high-readiness contract forces without conscripts. They completely underestimated the task of commanding, controlling a force that is so heterogeneous and assembled over such a short time.

They have bad officer training. The role of nongovernmental organizations in their ground forces is insufficient. They have a very inflexible command and control structure. They have a very cumbersome command and control line for combat support services, especially for artillery and for air-to-ground coordination. It's very bad and it continues to be bad, and they're trying to cure that. But in practice, nothing has happened.

Research done about the state of the Russian military indicated that it was strong. Was that illusory?

I'm partly a culprit of that because I also wrote and published these kinds of articles. So there are two problems. The first is the Russian army grew increasingly intransparent after 2014. It was kind of a growing enigma, a black box. They talked about things that were not real.

The second thing is, of course, we looked at how they did in Syria. But the exercise in Syria was far easier than what they tried to do in Ukraine.

What you're describing is that, a) The Russian military was not in a good state before it invaded Ukraine. And, b) They have essentially not been performing in a way that Putin expected. So what does that mean now in terms of moving forward with this partial mobilization?

My gut feeling is that Putin doesn't really care about the inferior quality [of new troops being assembled]. So my guess is that the overall aim of this is to make Ukraine run out of bullets before Russia runs out of soldiers.

They're recruiting in the countryside and recruiting amongst minorities there, forcefully drafting them in there, trying to spare Moscow, St. Petersburg, the bigger urban centers — not only because these are the elites and their own kids, but also because they are, in Putin's mind, more valuable people than others. So the instinct that they all will be used as cannon fodder here is probably right.

That is incredibly depressing on the one hand.

Incredibly Stalin! I always wondered whether Putin really believes that the Russian society of today is the same society Stalin commanded ... but for the time being, the difference doesn't seem to be all too great.

Could these reluctant soldiers not just desert the army en masse?

That's easier said than done. The problem is, if you are in such an organization and you don't know what your neighbor is going to do, and it's a life-and-death situation, it is not so easy even if you really don't support the regime, to drop your gun and run.

You have described this partial mobilization as essentially a last shot to break through the Ukrainian resistance. Do you think this will succeed?

It's still undecided. I don't think that victory is a given. But Ukrainians will have a very hard time defending against such an onslaught.

What would the Ukrainian victory depend on, in your view?

A lot will depend on whether the West is willing to provide Ukraine with heavy weapons, equipment, ammunition to stem the tide. Now, we really need to turn around every vehicle and every piece of equipment we have in the West, and I don't see the willingness in the West yet.

Germany is reticent to provide heavy weaponry. Do you feel it's an understandable argument on Germany's part?

Nope, I don't think they have a point. If you deliver artillery, you can deliver tanks. They just need to get over it.

I think they need a big American boot that lands to their backside at a very high velocity. That's all it needs.

Gustaf Gressel is a senior policy fellow at the Berlin office of the European Council on Foreign Relations, specializing in military, security and defense, particularly involving Russia.

The interview has been condensed and edited for clarity.