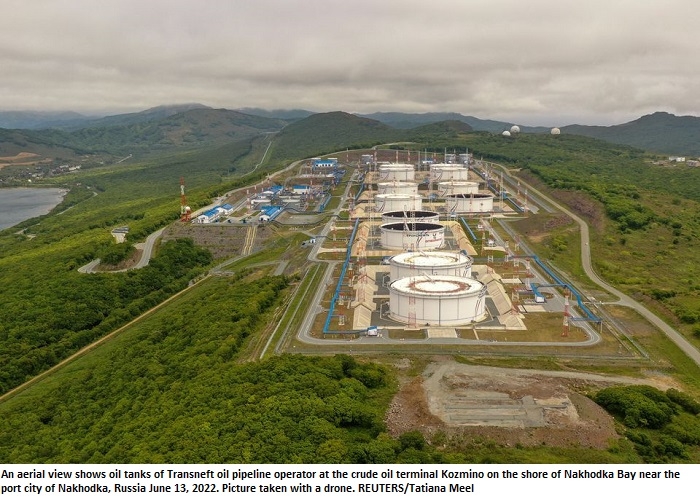 Oil rose more than 1% on Tuesday from a nine-month low a day earlier, supported by supply curbs in the U.S. Gulf of Mexico ahead of Hurricane Ian and a slight softening in the U.S. dollar.

Analyst expectations that the Organization of the Petroleum Exporting Countries and allies, known as OPEC+, may take action to stem the drop in prices by cutting supply also lent support. OPEC+ meets to set policy on Oct. 5.

Crude soared in early 2022, with Brent coming close to its all-time high of $147 in March after Russia invaded Ukraine, adding to supply concerns. Worries about recession, high interest rates and dollar strength have since weighed.

"Oil is currently under the influence of financial forces," said Tamas Varga of oil broker PVM. "In the meantime, relief rallies, like the one this morning caused by Hurricane Ian in the U.S. Gulf, are viewed as temporary phenomena."

A lull in the strength of the U.S. dollar, which earlier hit a 20-year high, provided some support. A strong dollar makes crude more expensive for buyer using other currencies and tends to weigh on risk assets.

Supply cuts were back in focus on Tuesday lending some support. BP and Chevron said on Monday they shut production at offshore platforms in the Gulf of Mexico as Hurricane Ian approached the region.

The price drop has raised speculation that OPEC+ could intervene. Iraq's oil minister on Monday said the group was monitoring prices and didn't want a sharp increase or a collapse.

"Only a production cut by OPEC+ can break the negative momentum in the short run," said Giovanni Staunovo and Wayne Gordon of Swiss bank UBS.

In focus also on Tuesday will be the latest U.S. inventory reports, which analysts expect will show a 300,000-barrel increase in crude stocks. The American Petroleum Institute's report is out at 2030 GMT.