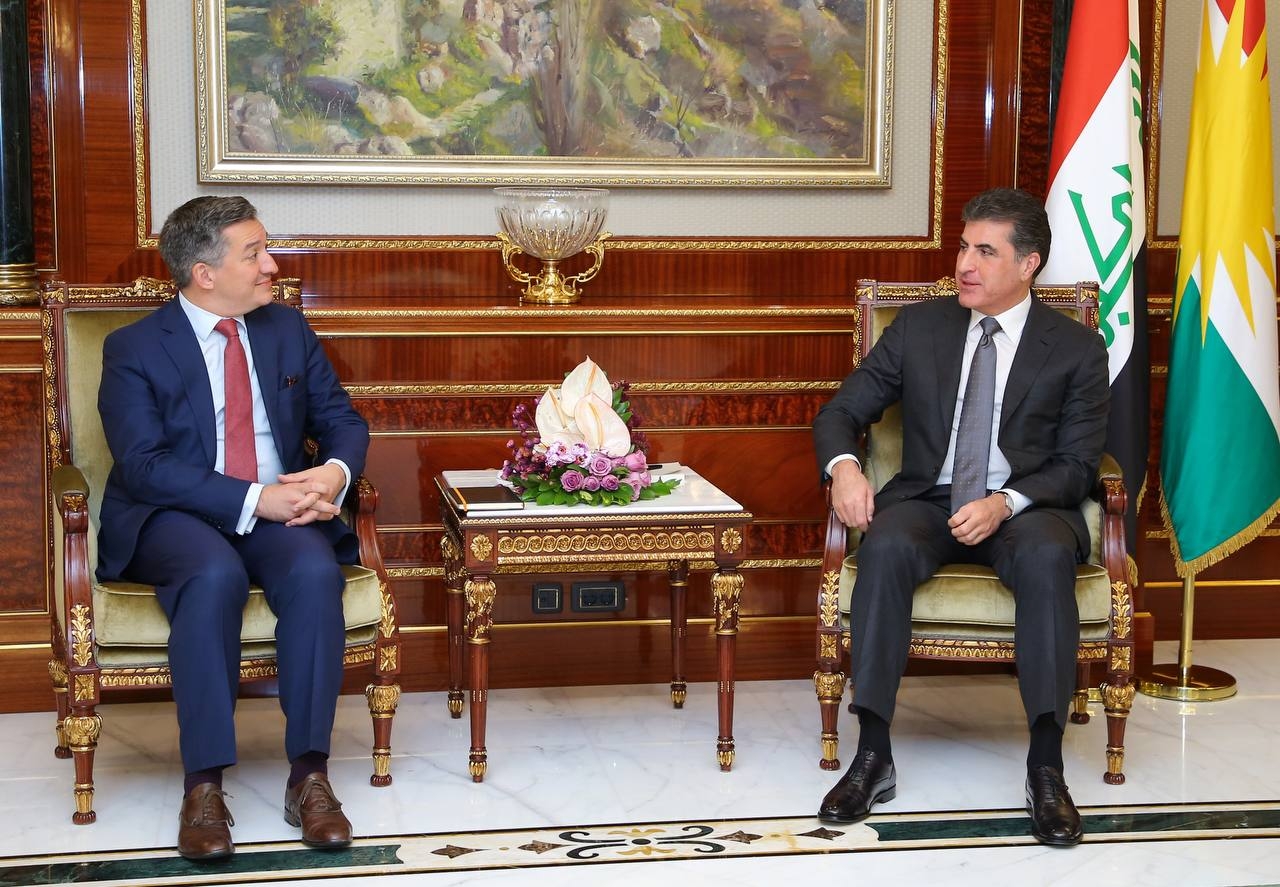 President Nechirvan Barzani received today [on Wednesday] in Erbil US Representative to Northeast Syria Nicholas Granger and his accompanying delegation.

The meeting, attended by the US Consul General in the Kurdistan Region, focused on the latest developments in Syria and Iraq, ISIS threats, the relationship among the Kurdish parties and other communities in Syria, and the situation of the camps, especially the Al-Hawl refugee camp.

‎‏Both sides emphasized the importance of continued cooperation to confront the terror and danger of ISIS, which is still a real threat to Syria, Iraq and the wider region. The need for European and regional countries to cooperate in bringing back their citizens from the Al-Hawl refugee camp in Syria to their home countries was underlined.

In this regard, President Nechirvan Barzani reiterated that terrorism will not be defeated only by the force of weapons, but also through education, tolerance, mutual respect and facing the ideology of extremism and violence.

Discussions also covered the need for dialogue and unity among the Kurdish parties and communities in Syria, the situation in the region in general, and other issues of mutual interest.