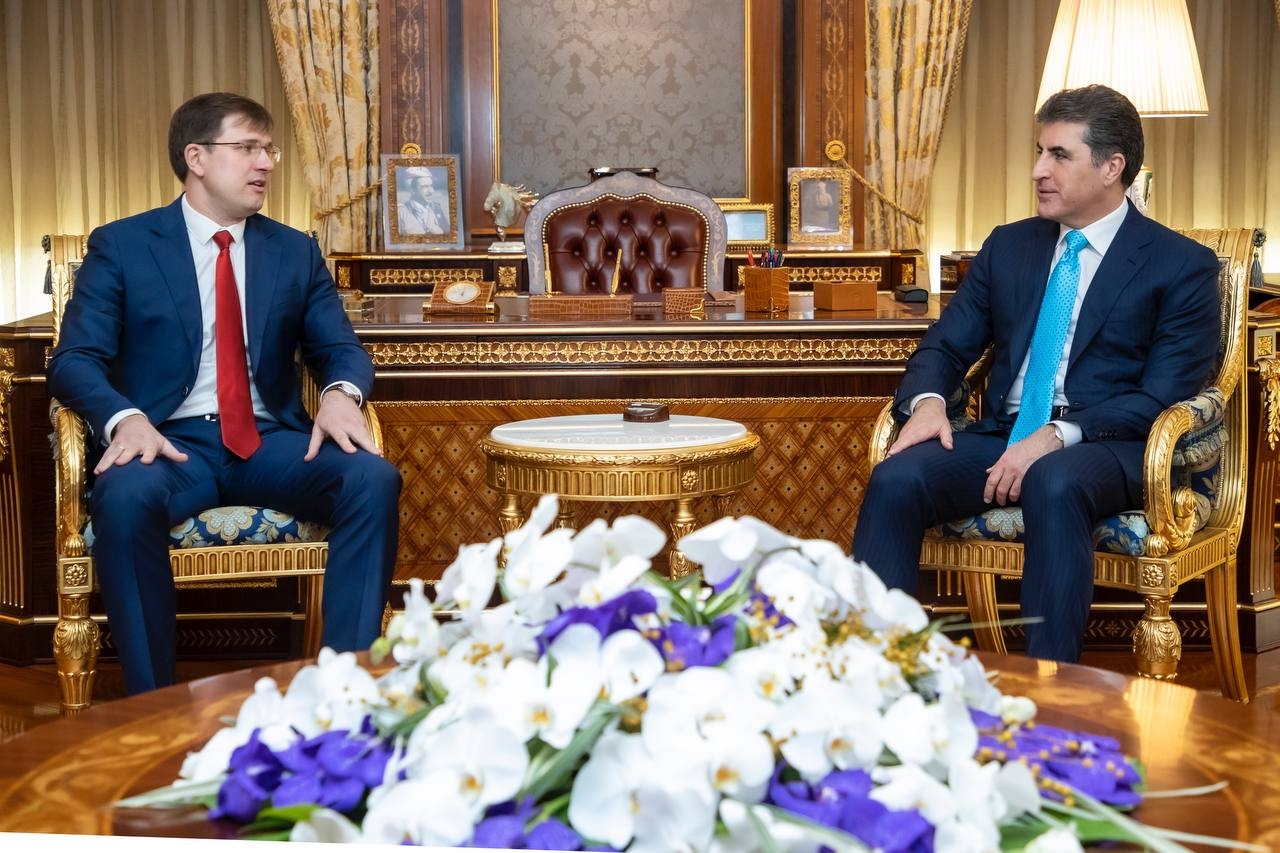 President Nechirvan Barzani received on Sunday in Erbil the incoming Consul General of the Russian Federation, Mr. Maxim Rubin. The President congratulated the new Consul General on assuming the office and wished him success.

The President also reiterated full support for Mr. Rubin in his new mission and reaffirmed the willingness of the Kurdistan Region to further develop the bilateral relations with Russia.

Discussions also covered the latest developments in Iraq and the wider region.