President Nechirvan Barzani meets with the Commander of the International Coalition 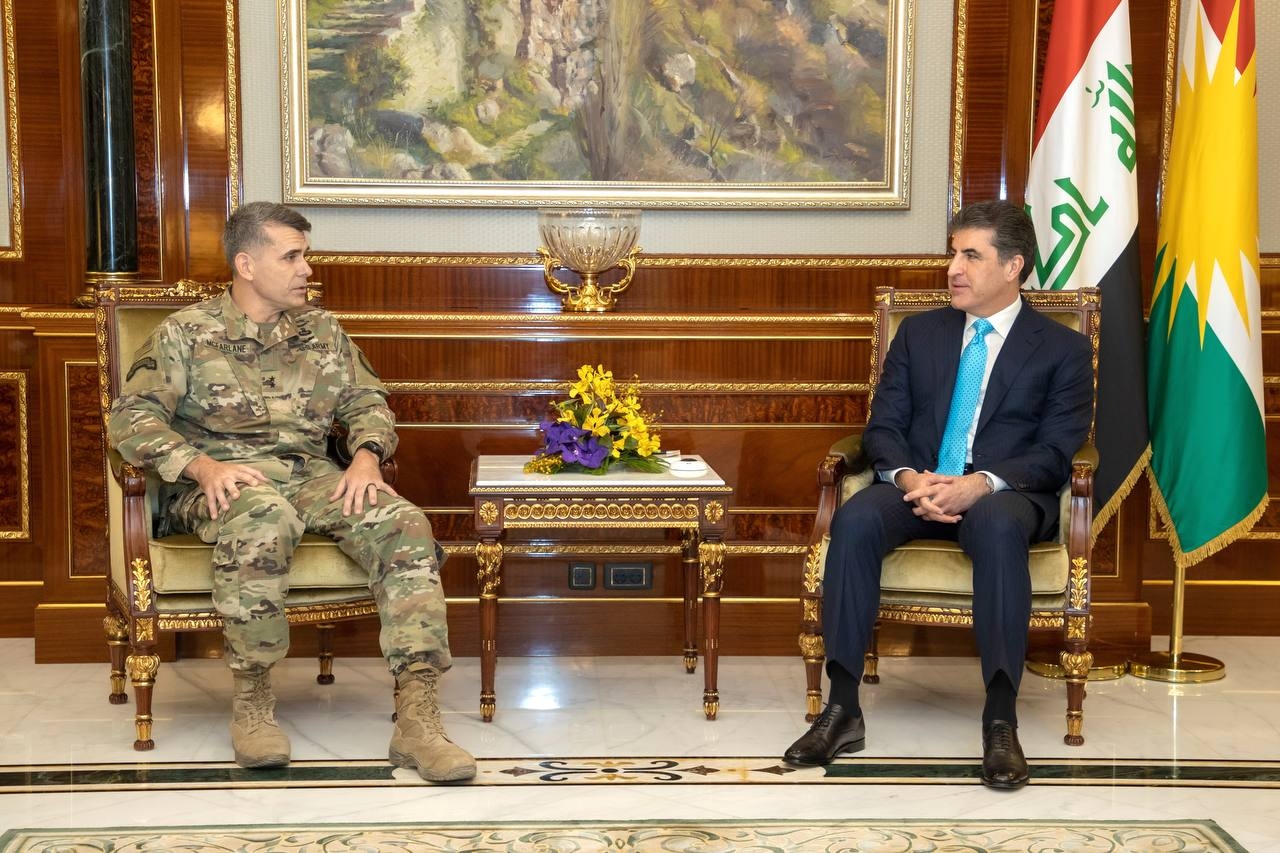 President Nechirvan Barzani received on Sunday in Erbil the Commander of the Combined Joint Task Force in Iraq and Syria, Major General Matthew McFarlane, and his accompanying delegation. The meeting discussed the latest security developments, the existing terror threats and confronting the ISIS networks in Iraq and Syria. Discussions also focused on the latest Memorandum of Understanding of the Pentagon with Iraq and the Kurdistan Region, the reformation in the Ministry of Peshmarga and the unification of the Peshmarga forces.

Both sides reiterated the significance of the continued support and cooperation of the international coalition with Iraq and the Kurdistan Region to radically eliminate the ISIS and removing its threats to peace and stability in Iraq, Syria and the wider region. In this context, Major General McFarlane reaffirmed the continued commitment of the international coalition to supporting Iraq and the Kurdistan Region in the fight against terrorism, as both sides highlighted the importance of cooperation between the Iraqi army and the Peshmerga to fight ISIS.

In the meeting, attended by the Minister of Peshmerga and the US Consul General, discussions also covered the situation in the Kurdistan Region, the latest developments in the Iraqi political process and the election of the Iraqi President, the appointment of the Prime Minister-designate to form a new cabinet of the Federal Government, the latest developments in the wider region, and other issues of mutual interest.