President Nechirvan Barzani meets with a delegation of the German Bundestag 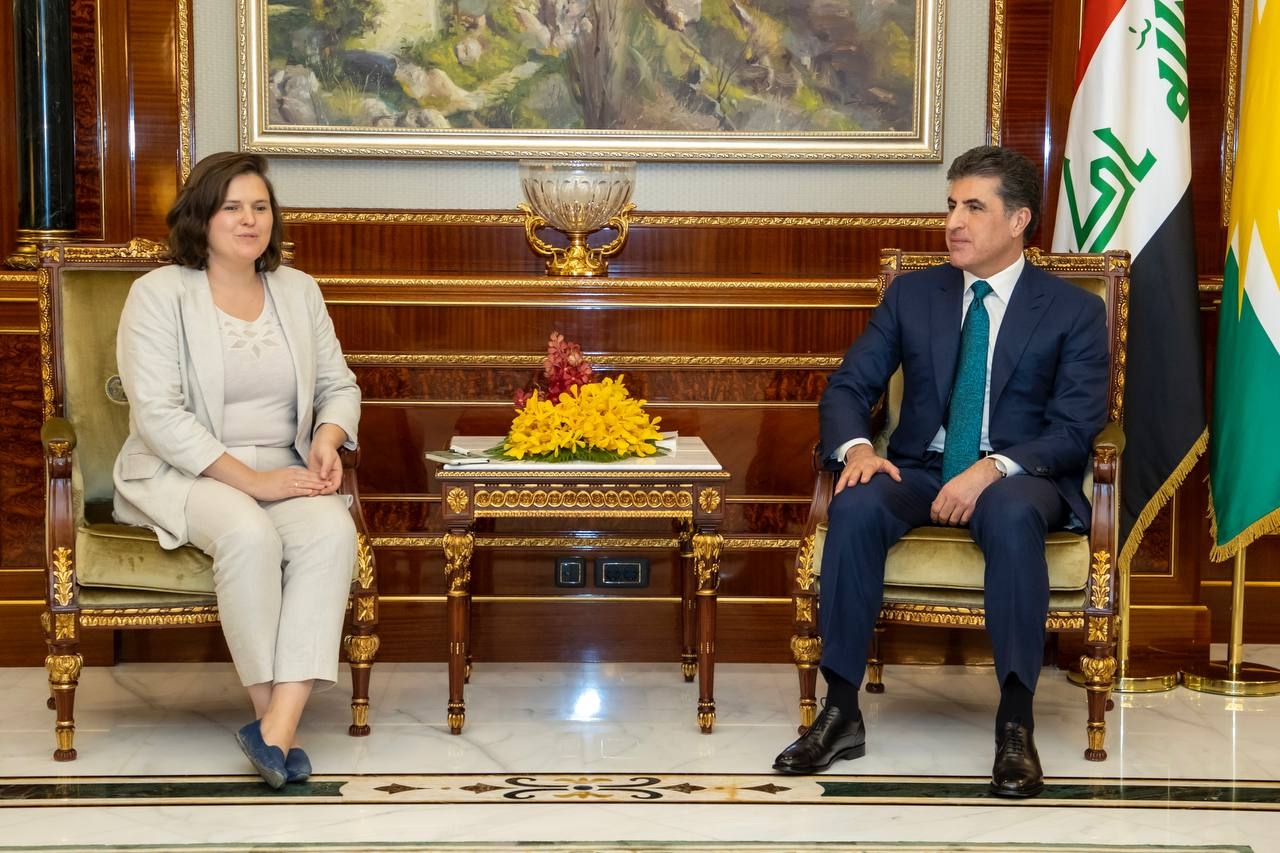 President Nechirvan Barzani received on Wednesday in Erbil a delegation of the German Parliament’s Defense Committee led by Ms. Sarah Nani. The visiting delegation included a number of members of the parliament from different parties of the German Bundestag.

The meeting discussed Germany’s relations with Iraq and the Kurdistan Region, the extension of the deployment of German troops in Iraq and the Kurdistan Region- within the framework of the international coalition- which was recently approved by the German parliament. Discussions also covered the continued threat of ISIS and the latest developments in the wider region.

The President stressed that ISIS continues to be a serious danger to peace and stability in Iraq, Syria and the wider region threatening the security of Europe. He also commended the cooperation between the Peshmerga and the Iraqi army and considered it necessary to further strengthen their collaboration.

Regarding the situation in Iraq, the President hoped that the new government will be formed as soon as it is possible to respond to the expectations and demands of the Iraqi citizens and to bring peace and stability to the country, and to resolve the pending issues with the Kurdistan Region on the bases of the constitution. He stressed that the Iraqi communities need to find a way to live together in peace.

Discussions also focused on the developments in the Kurdistan Region, the process of the reunification of the Peshmerga forces, the latest developments in Ukraine and its impact on Europe, especially in the field of energy, the dangers of climate change, its impact on Iraq and also other issues of mutual interest.