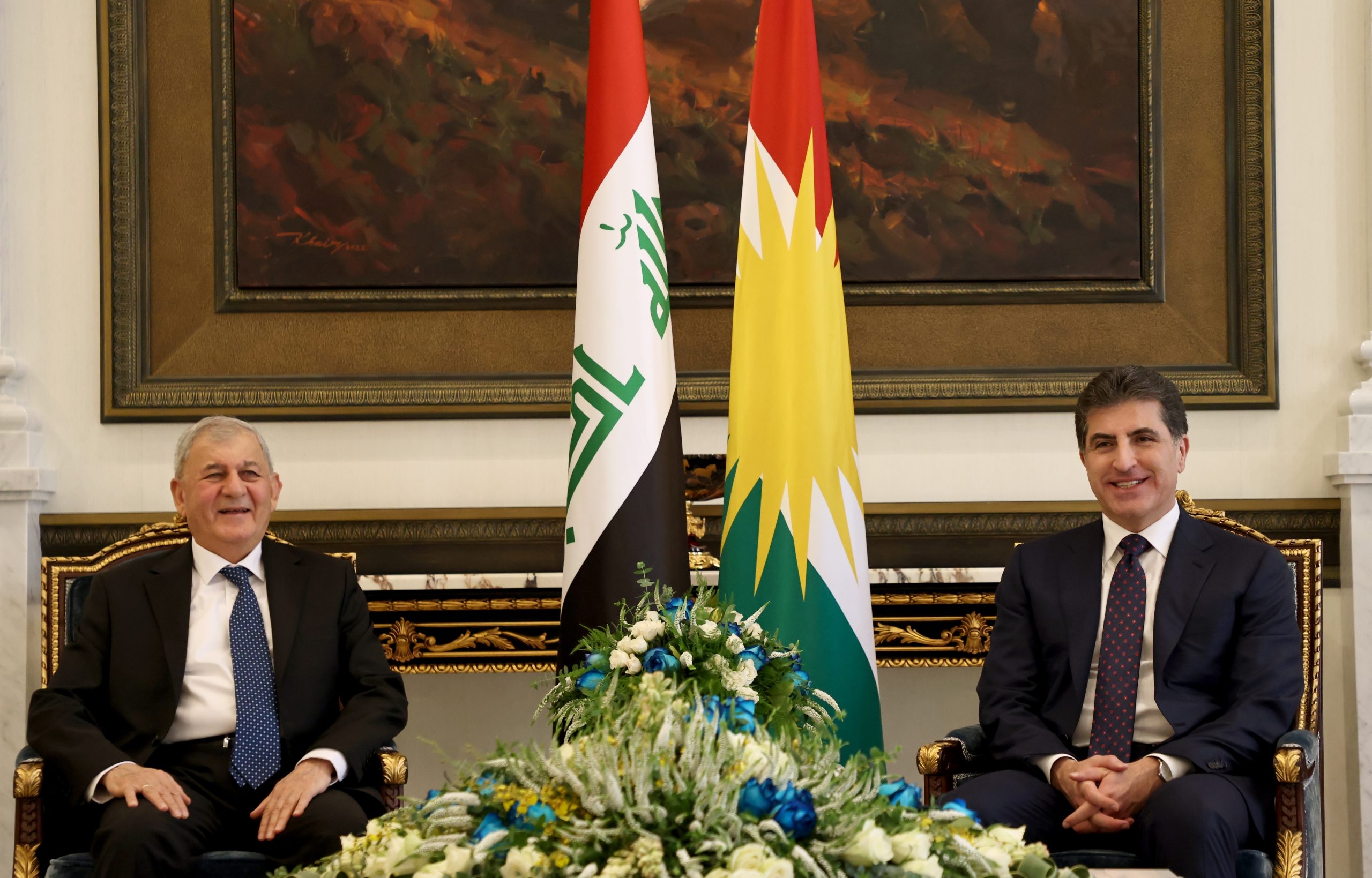 President Nechirvan Barzani received today in Erbil International Airport the President of the Iraqi Federal Republic, Dr. Latif Rashid, on his first visit to the capital of the Kurdistan Region following his inauguration as Iraq’s President.

In the meeting, President Nechirvan Barzani congratulated President Rashid once more and wished him success in his new mission. The President referred to the lingering issues in Iraq and called on President Rashid to address the issues as the country’s head of state.

He also reaffirmed the willingness and support of the Kurdistan Region to resolve the disagreements with Baghdad and to work with the federal government for peace and stability in the country.

For his part, the President of the Republic of Iraq expressed his gratitude for the hospitality and support of President Nechirvan Barzani. He also expressed hope that with the support of all parties, they will work together towards resolving the issues between Erbil and Baghdad and other pending questions in Iraq to protect peace and security in the country.

At the meeting, attended by the Vice President of the Kurdistan Region Sheikh Jaafar Sheikh Mustafa, both sides reiterated that mutual understanding between Erbil and Baghdad is key to the peace and stability of the country. Discussions also covered the latest developments in the wider region and other topics of mutual interest.