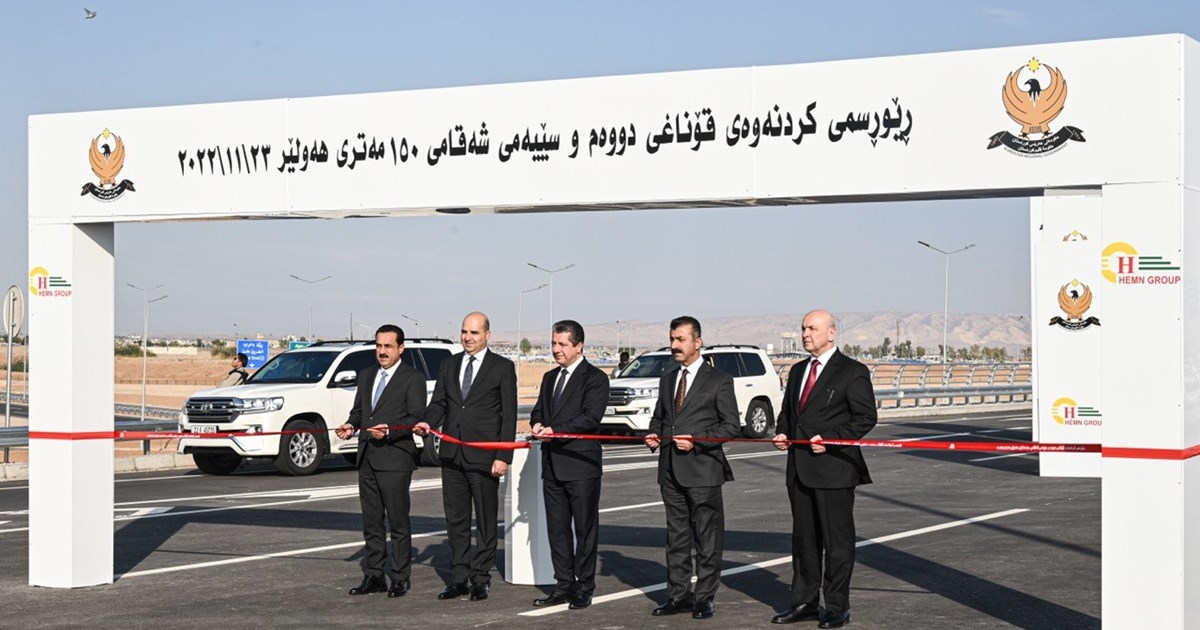 The two phases are a part of the 70-kilometer highway around Erbil, which will serve to connect the Kurdish capital with Duhok and Sulaimani, while also facilitating trade with neighbouring countries.

“It is a source of pride and appreciation to see a project like this built according to international standards, with the ability of Kurdistani engineers and by local companies, congratulations to the people of Kurdistan, especially the people of Erbil,” Prime Minister Barzani said during a speech at the event.

The latest two phases will cover the distance between Pirmam to Koya and Baharka to Duhok. They also include 10 overpasses, including three pedestrian overpasses and two underpasses.

The first phase of the project was launched in February of last year, connecting Baharka district to Pirmam road at a length of 10.5 kilometres.

Prime Minister Barzani vowed to continue providing services for the people of the Kurdistan Region.

“We will continue to implement our service programs for the people and stand against crises,” noted the Prime Minister.