Islamic State leader Quraishi blew himself up after being surrounded -sources 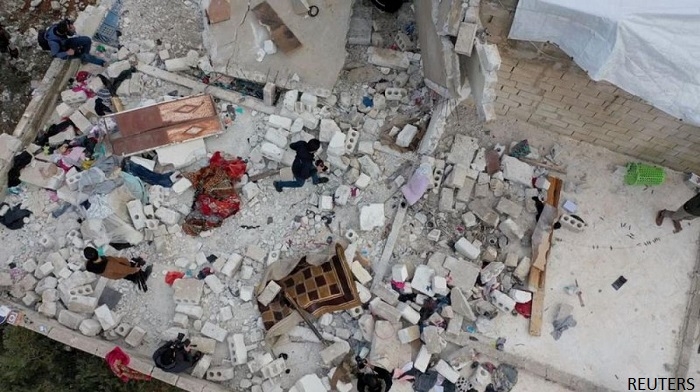 Islamic State (IS) militant leader Abu al-Hassan al-Hashemi al-Quraishi, who was killed in mid-October in Syria, blew himself up after he and his aides were surrounded by local fighters in the town of Jasem, fighters involved in the clash told Reuters.

The U.S. military said on Wednesday he was killed in an operation carried out by the rebel Free Syrian Army (FSA) in the southern Deraa province.

The province was brought under the control of the Syrian army following Russian-brokered reconciliation agreements in 2018 that gave control of southern Syria back to Damascus.

Quraishi and his aides had been discovered in a secret hideout in a house, said the sources, who included SFA fighters, relatives of comrades who died in the clash and residents of Jasem.

"The leader and a companion blew themselves up with suicide belts after our fighters succeeded in storming their hideout," said Salem al Horani, a resident of Jasem and former fighter who participated in the siege of the three houses where the IS cell was discovered.

The FSA had received backing from the West and Gulf states until they withdrew support in 2018, but its fighters remained in the area after the reconciliation deals under which they handed over heavy weapons but were allowed to keep light arms.

Islamic State has selected Abu al-Hussein al-Husseini al-Quraishi as its new leader, a spokesman for the group said in a recording. He did not offer further details on the new leader.

The spokesman said Quraishi was killed while "fighting enemies of God", without elaborating.

Islamic State emerged from the chaos of the civil war in neighbouring Iraq and took over vast swathes of Iraq and Syria in 2014. Former IS leader Abu Bakr al-Baghdadi declared an Islamic caliphate from a mosque in the northern Iraqi city of Mosul that year and proclaimed himself caliph of all Muslims.

Islamic State's brutal rule, during which it killed and executed thousands of people in the name of its narrow interpretation of Islam, came to an end in Mosul when Iraqi and international forces defeated the group there in 2017.

It then lost its last sliver of territory in neighbouring Syria in the spring of 2019, but maintains sleeper cells in various provinces that wage hit-and-run attacks.