Professor Dr. Thomas Hylland Eriksen for gulan: nationalism is the dominant ideology of the modern state which posits that the cultural boundaries should be more or less congruent with the po 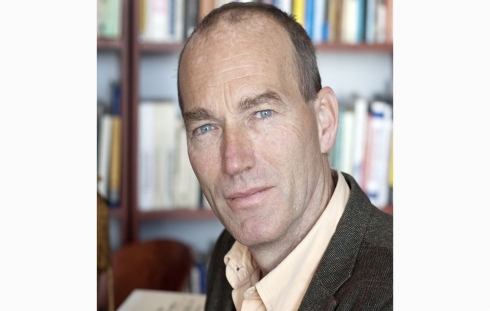 Thomas Hylland Eriksen has for many years studied, and written about, identity politics, ethnicity, nationalism and globalisation from a comparative perspective. He has also published popular books, textbooks, polemical books and essays on a variety of topics.From 2004 to 2010, Eriksen directed the UiO Strategic Research Programme CULCOM (Cultural Complexity in the New Norway). From 2010 to 2013, he directed ‘the Alna project’, an interdisciplinary project focusing on place and conditions for belonging in a new suburb in eastern Oslo.Since the turn of the millennium, his main publications in English include two books about globalisation (Globalisation – Studies in Anthropology and Globalization: The Key Concepts), a book about anthropology and the public sphere (Engaging Anthropology) and (as co-editor) A World of Insecurity, about human security as an anthropological concept. His textbooks in social and cultural anthropology, especially What is Anthropology?, Small Places, Large Issues, and Ethnicity and Nationalism are still being translated into new languages, and are being read by students across the world.

Gulan: How do you define Nationalism, and what are its fundamental features?

Professor Dr. Thomas Hylland Eriksen : Strictly speaking, nationalism is the dominant ideology of the modern state, which posits that the cultural boundaries should be more or less congruent with the political boundaries. However, cultural boundaries are not always identical with ethnic boundaries, but can be defined through language, religion or other criteria. Nations have a drive towards cultural homogeneity, state control over citizens and the eradication, subjugation or assimilation of ethnic minorities. Alternatives to nationalism can be various forms of federalism, where regions are self-governing, or even imperial models, where cultural diversity is tolerated as long as citizens pay taxes.


There are historically two parallel, but separate origins of nationalism: The Enlightenment, which frames rights in terms of citizenship; and Romanticism, which is based on an often fuzzy notion of shared culture which can subsequently be used to justify state boundaries and the exclusion of everybody who does not fit in. Many existing nationalisms have elements of both, or they alternate. Take India as an example: The nationalism of Nehru and the Congress Party was decidedly an Enlightenment project seeking to unite diverse populations in a shared project of progress and development. The nationalism represented by Modi and the BJP, however, has a strong cultural and religious component and tends to alienate non-Hindus as well as Hindus with a different outlook.

Gulan: Obviously, there is a resurgence of nationalism worldwide; this rise is primarily driven by what?

Professor Dr. Thomas Hylland Eriksen : Since they refer to history in their justification of itself, the ethnic and cultural forms of nationalism lend themselves easily to nostalgia. The very visible and strong neo-nationalist movements today, which often have an ethnic basis, represent a reaction to globalisation and rapid change. They promise a return to an often mythial primaeval sitution when there was allegedly order and clear boundaries. Minorities or foreigners, often immigrants, tend to be seen as the enemy to this orderly situation. This is unfortunate, since every country is de facto ethnically and culturally diverse, so the map can only be made to fit the territory through exclusion and often violence.


Gulan: Some scholars characterize this nationalism as populism or authoritarian nationalism, what do you make about that?

Professor Dr. Thomas Hylland Eriksen: Well, this is a slightly inaccurate use of the term. As I pointed out, nationalism can be liberal or authoritarian, left or right wing. It can be territorial as well as ethnic; if we look at New World nation-states such as Argentina or Mexico, they are not based on a shared myth of origin or otherwise ethnic criteria. Having said this, it is clear that many of the new nationalisms are populist in the sense that they regard the established political elites as cosmopolitan or globalist betrayers of the national idea, claiming to represent grassroots movements embodying the spirit of the people in a more authentic way than the elites. They sometimes turn authoritarian, as we have seen recently in Central and Eastern Europe, but also in a country like Turkey, in order to secure their power and ensure that what they see as traditional values prevail.

Gulan: To what extent democracy is threatened by populism and identity politics?

Professor Dr. Thomas Hylland Eriksen: Identity politics can be quite harmful in that it is divisive, basing itself on‘us and them’ logic within the country. In my own country, Norway, we often see this in the populist and identitarian Progress Party rhetoric when they speak about Norwegians and immigrants as two kinds of people, neglecting the fact that many immigrants are Norwegian citizens. Sometimes, however, populism can be a healthy corrective to arrogant and distant elites, but it rarely cuts an impressive figure in power. Politics in a democracy is messy and based on compromises, while populist and identitarian movements tend to be uncompromising. Trump's US is an excellent example. Instead of entering into negotiations, he rules through threats, intimidation and what he calls ‘deals’, which always amount to zero-sum games rather than collaborative efforts through which one seeks to find a middle ground and move forward together. The tendency to call for a ‘strong man’ (Modi, Trump, Erdogan, Putin, Orban …) capable of holding the country together and represent its interests in a powerful way is not a good sign for people with democratic ambitions and certainly not for international society.

Gulan: Has globalization run its course? Has this trend reversed?

Professor Dr. Thomas Hylland Eriksen: I think the answer is no. Globalisation comes in many guises – economic, political, and cultural and so on. The world economy is thoroughly integrated, which, incidentally, is why the ‘America first’ ideology is a losing strategy. The current phase of economic globalisation clearly has China as its gravitational centre anyway. In politics, there is also a complex mesh of agreements, alliances and organisations which ties nearly every country to a wider system. This was discovered by the UK leadership during the Brexit process, where it has become clear that it is extremely difficult for the country to leave the European Union. And again, when it comes to cultural globalisation, the entanglements through travelling, language learning, online networks and so on are only growing. So I do not think there is a general reversal, but there is a mismatch between the different aspects of globalisation. Personally, I would not be averse to a less globalised economy, which would empower communities and smaller countries as well as being positive for the environment – but I would strongly object to a withdrawal from the global conversation about shared concerns. Counterreactions to globalisation will continue, and they will be strong, but unless the capitalist world system collapses, these reactions will not alter the direction of history.

Gulan: How do you describe the current state of affairs of the world? Are we living in a more secure world or there are more uncertainty and precariousness looming large in the horizon?


Professor Dr. Thomas Hylland Eriksen: Although many have argued that the world is now safer and less violent than before, there is also far more insecurity and uncertainty than for a long time, and the pressure is coming from several directions at once: Climate change produces precarity and refugee situations in many places affected by drought, flooding and rising sea levels. The lack of global leadership following the move towards isolationism and neo-Fascism in the USA creates a power vacuum enabling many kinds of insurgents to rise. Also, the resource crunch owing to an unchecked, accelerated growth in the world eonomy creates an urgently felt competitive situation involving the major players, which may well lead to a war. So we live in a destabilised era with an uncertain future. What the world seems to need is a collective project bringing people together and giving a direction to the future. Global justice, environmental concerns and conviviality across cultural differences could give shape to such a project. I do think that the next decade will be decisive. We may be thrust into a world of growing inequalities, low-intensity wars, competition for resources and continued environmental degradation – or we may find a path towards a better, more sustainable, more just world.